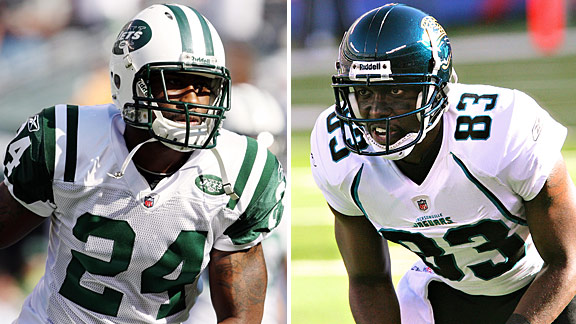 "This is a league full of great players. I think sometimes they get overhyped," Hill told the Florida Times-Union. "I talked to Drew [Coleman], Drew played there. He says it's just the aura of New York. They got a big media. That's not the Jacksonville paper, that's the big New York Times paper so they get more pub. That's what it is.

Hill was asked if the Jets are overhyped.

"I think the whole New York is overhyped," Hill said. "Him personally, he's a good player, Pro Bowl player, I'm trying to make it to the Pro Bowl, too. This'll be a good game to put some notches on our belts, too. It's the New York Times vs. the Jacksonville paper. New York Times, they got a lot more viewers than you got."

Who is Jason Hill? He's a sixth-year receiver with 55 career catches. He hasn't practiced this week because of a hip injury.