Before training camp starts, Kelvin Beachum will return to his hometown of Mexia, Texas, for his annual revitalization. He will fast for 72 hours at the Cameron Chapel, where his 92-year-old grandfather serves as pastor. He will live on water and prayer as he prepares for his ninth NFL camp.

"It's me getting my mind and my body ready for the type of strain I'm going to put my mind and body through," he said. "It's done me well. I've had my best seasons doing it."

All he needs is an NFL team.

For the first time since he broke into the league as a 2012 seventh-round pick of the Pittsburgh Steelers, Beachum is training as a free agent. Despite 99 starts at the all-important left tackle position, and despite a performance last season that impressed the analytics crowd, his third foray into free agency has lasted a lot longer than he could have envisioned. 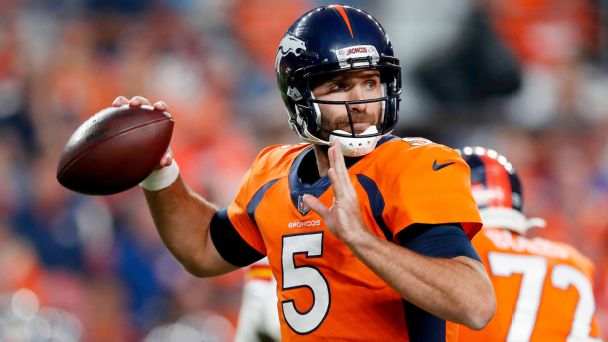 While quarterback Cam Newton, defensive end Jadeveon Clowney and cornerback Logan Ryan have garnered most of the attention, Beachum is one of many proven starters still on the open market. Call them the quarantine free agents. The overarching reason is the coronavirus pandemic, which has affected offseason operations. In his case, supply and demand also has played a role. Beachum probably was hurt by a strong 2020 draft class at offensive tackle, as five were among the top 18 picks. Beachum's previous team, the New York Jets, drafted left tackle Mekhi Becton at No. 11 overall.

"You're seeing everything that has transpired and kind of wondering, 'When is my time? When am I going to get the call?'" Beachum told ESPN. "I don't want to say 'get the call.' I mean, get the right call. A lot of calls have happened, but it has to be the right call.

"You have the human emotions, times of pridefulness. The ego has kind of been in the way at times. [I'm] looking back at the film and trying to figure out: Where did I go wrong from a film standpoint? [I'm] evaluating my performance, if my performance was on par with the guys that got signed. You go through all the human emotions that any human would go through with any type of uncertainty."

Beachum called it a challenging but rewarding time. It has allowed him to appreciate his football journey, how he went from a small town in eastern Texas to the 248th player out of 253 drafted in 2012. At the same time, he won't let himself get too caught up in nostalgia. One week shy of his 31st birthday, he believes he has a lot of football left, and his entire offseason is geared toward maximizing his talent.

Every February, Beachum and his family move to their home in Chandler, Arizona, so he can be close to OLP (Offensive Line Performance), a training facility run by former offensive lineman LeCharles Bentley. Despite having no connections to the area, Beachum bought a house there in 2013 because he saw it as an investment in his career.

He works out every day, from 9:30 a.m. to noon -- a scripted program that consists of everything from weight training to offensive line fundamentals. The gym has stayed open through the pandemic, but he has followed social distancing guidelines and the equipment is constantly cleaned, he said.

Outside the gym, Beachum relies on at-home methods for training -- pushing his 1996 Chevy Tahoe in the street in front of his house (a strong-man show for the neighbors), hiking the trails of South Mountain with his wife, Jessica, and three kids and running 40-yard sprints uphill at a park near his home.

To simulate a training camp conditioning test, the 6-foot-3, 308-pound Beachum runs 20 consecutive 40s, with short rest intervals under a blazing sun. Jessica sits under an umbrella, a drink in a tumbler in hand, clocking his time between sprints.

"There are more than enough ways to get the physical strain you need, from a body standpoint," Beachum said of his creative workouts.

Every professional athlete is disciplined, but Beachum takes it to another level, balancing family, football and business with a daily schedule that smacks of militaristic precision. He's up at 5:30 a.m. and in bed by 9:30 p.m. In between, he sticks to a regimen that allows him to transition easily from dad to professional football player to business entrepreneur and back to dad. His kids are 5, 2 and 1, and their days are filled with activities. They keep Kelvin and Jessica on the run.

Beachum is trying to maintain normalcy, but he said it has been a "roller-coaster" offseason because of the uncertainty. This is something new. When he hit free agency in 2016, he signed quickly with the Jacksonville Jaguars. A year later, it was the same thing with the Jets.

That he's still looking for a team is somewhat surprising. In 2019, he was one of the top pass-blocking tackles. His pass block win rate (94.2%) was third in the league at the position, behind the Green Bay Packers' David Bakhtiari (95.7%) and the Los Angeles Rams' Andrew Whitworth (94.3%), according to ESPN Stats & Information research.

Beachum was a three-year starter for the Jets, who opted to replace him with the 6-foot-7, 364-pound Becton. No hard feelings.

"You can't teach size, man," Beachum said. "He's a massive human being who can move extremely well. They've got a very, very talented young man who I'm excited to see."

Beachum knows his value in the league. At the same time, he's a pragmatist.

"If a team loves you and a team wants you, they'll make it happen," he said. "If they don't want you and they don't love you, you're in the position I'm in. That's just the reality of the situation."

He will continue to train in Arizona, waiting for the right call. In July, he will make the 16-hour drive to Mexia, where he owns 30 acres. He always looks forward to visiting family, especially his grandfather, a lifelong inspiration. J.W. Beachum has been blind for more than 70 years, but that hasn't stopped him from his passion, working on car engines.

Determination runs in the family. So, no, Kelvin Beachum won't be sidetracked by an unexpected hiatus.