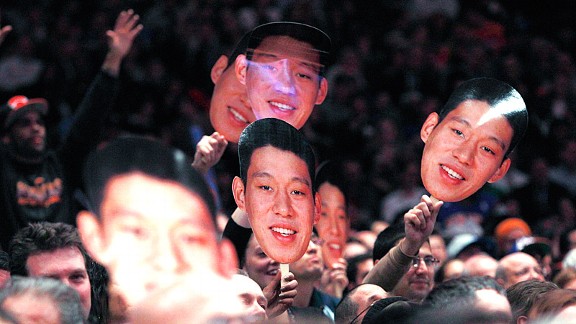 Thomas first heard from the Garden crowd when he was introduced by the PA announcer as he was checking into the game. Then, the boos continued virtually every time he touched the ball during the Knicks' 100-85 win over the Kings. 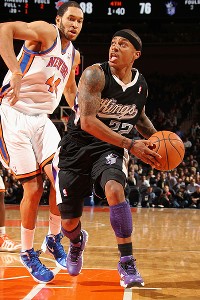 The rookie, who entered Wednesday averaging 7.0 points and 2.4 assists per game, has no relation to Isiah Thomas, the former Knicks president, general manager and coach.

Isiah Thomas worked for the Knicks in those different capacities from December 2003 to April 2008. The Knicks made the playoffs just once in that span and did not win a single playoff game. Thomas was responsible for several ill-fated acquisitions, including the high-priced signings of Eddy Curry, Jerome James and Stephon Marbury.

Even after Wednesday's game was over, Isaiah Thomas heard from a fan about his name. But it wasn't any typical fan. It was Spike Lee.

"He grabbed and said, 'Us little guys got to stick together. But next time you come to New York, just change your name, [laughs]'" Thomas said.

Thomas first played at the Garden a few years ago for the Nike Super 6 High School Invitational when he was a blue-chip recruit. He described how different the experience is there than playing at other arenas.

"The lights are real bright. You can tell it's just a different feeling," Thomas said. "It's the center stage, man. You've got to be ready for this. It's a nice place to play."