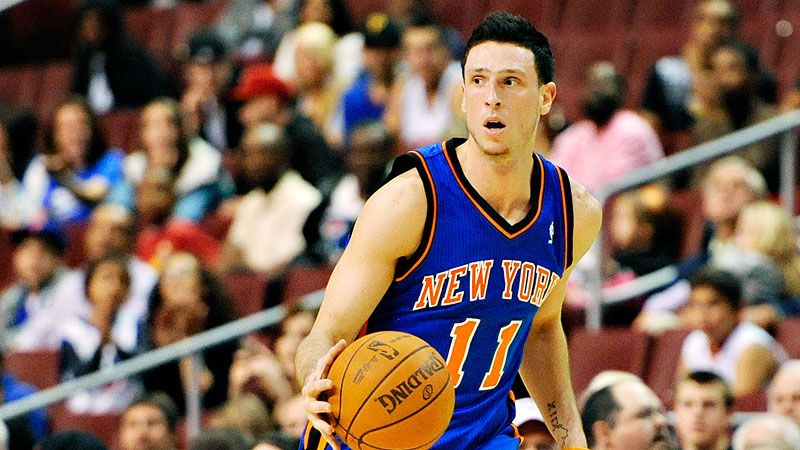 Like the rest of his NBA brethren, Andy Rautins is going to miss a few paychecks during the lockout.

To offset that, he’s found a way to save some money.

The Knicks guard has stayed in his parents’ home outside of Syracuse during the lockout, sleeping in his childhood bedroom.

“It’s nice to get some home cooked meals up here,” Rautins, a former Syracuse star, said in a phone interview. “It’s nice because it’s a rare opportunity to spend time with family and friends. Normally, you’d been in a busy season by this time. But I’ve been trying to see the positives in [staying home] and there’s a bunch so far. It’s saving me a lot of money right now and I think that’s a big concern for a lot of players.”

If the lockout extends, Rautins will consider pursuing an internship at his financial adviser’s Manhattan firm to learn about investment advice and financial planning.

“Andy is actively planning for his life after pro sports,” says Mark Doman, Rautins’ financial adviser and the senior vice president of True Capital Management. “A lot of guys say it, but Andy wants to take steps during his career to make sure he is financially secure.”

With the lockout looming, True Capital Management conducted a cost analysis to determine the financial burden on Rautins if the lockout dragged on for anywhere between three to 12 months.

“Andy wanted a number to wrap his head around, so we provided one,” Doman said.

Rautins opted to stay at home rather than pay for housing in the greater New York area. The only major expense he incurred was paying travel to and from Los Angeles, where he worked with out other players represented by his agent, Bill Duffy. No rent, no bills, no nothin'.

“It’s just the right thing to do. You want to set yourself up for the future,” said Rautins, who has a pending team option on his 2012 contract.

Drafted in the second round by the Knicks, Rautins played in just five games last season. His season was cut short by knee surgery in April.

When he was healthy last season, Rautins said he learned a lot playing against former point guard Raymond Felton and Toney Douglas every day in practice. He also got to pick veteran Chauncey Billups’ brain for a few months.

Rautins hopes to slide into a regular role as a reserve shooter and point guard in his second year, whenever it starts.

“I want to have a much bigger role than last year,” he said. “Last year I didn’t really get much of an opportunity to play…. I feel like I’ve matured and I have a lot more experience [as a point guard].”

Rautins has been working extensively on his ball handling at Syracuse for the past few weeks after playing for the Canadian National Team at FIBA Americas over the summer. He says his knee is fully healed he’s feeling fine after suffering a concussion and broken nose in the FIBA Tournament.

Both physically and financially.