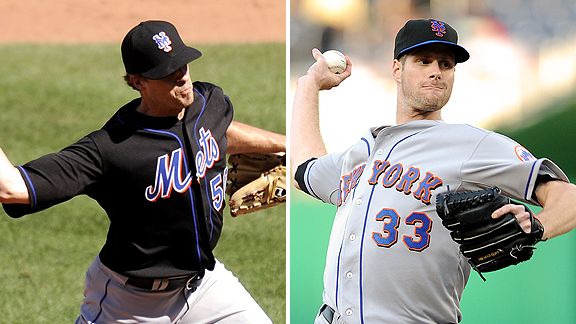 Sean Green (left) and John Maine (right) are out with the Mets, as well as Chris Carter.

The reason for Carter may center on the fact that had he been assigned to Triple-A Buffalo next season, he still would have been required to make at least 60 percent of this past season's salary -- which would mean a $200,000-plus minor league salary. The Mets are now allowed to re-sign him if both sides choose, with a new split contract that calls for a far lower salary should he be assigned to the minors. Of course, Carter also had defensive limitations that did not make him ideal for a National League bench.