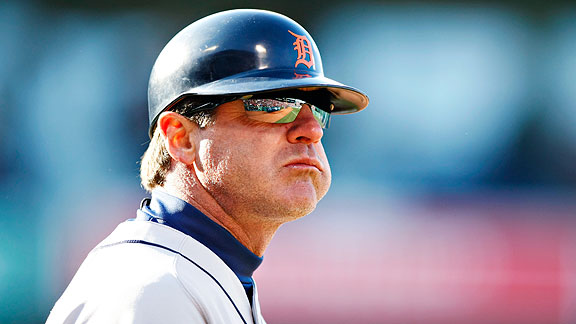 Van Slyke does not have experience as a hitting coach, according to Collins. He played for the Pirates when Collins was on the Pirates' staff of Jim Leyland.

Van Slyke was the first base coach for the Detroit Tigers from 2006-09.

"I know Andy as a player," Collins said. "I knew him as a coach when he was with the Tigers. I know he's a real, real bright guy and played the game right, studied the game. So I wanted to talk to him about this job. He's one of those guys, he's been doing it his whole life. And even in Detroit, and even in Pittsburgh when we played, guys shared ideas and shared thoughts. And I know of a lot of players in Detroit went to Andy. Major league players, they want all the input they can get. When you have a guy that's as good as Andy Van Slyke, and you want to hear what he had to do, what he did as a hitter and just to gain some more knowledge."