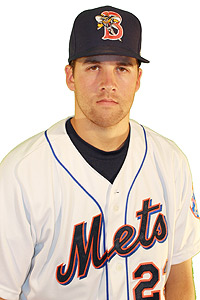 Right-hander Collin McHugh, who had a breakout regular season with Double-A Binghamton, started for Peoria and was charged with three runs on five hits and a walk in two innings.

"Not the best start to my AFL season, but definitely not the worst. I'm healthy, getting groundballs, and throwing strikes. Up from here!" McHugh (@Collin_McHugh) tweeted after the outing.

Mets farmhand Wilfredo Tovar went 0-for-4 while batting ninth and manning second base.