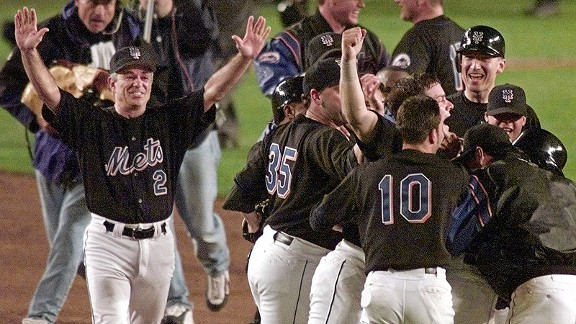 Robin Ventura hit what should have been the first walk-off grand slam in MLB history on Oct. 17, 1999, in Game 5 of the NLCS against the Braves. The only problem? Teammates mobbed him before he had even reached second base, so Ventura only received credit for a single. Hence, Nelson Cruz's walk-off slam on Monday night for the Rangers officially is the first in MLB postseason history.