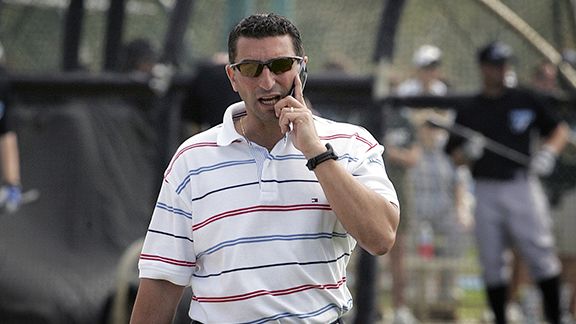 J.P. Ricciardi, a deputy to Sandy Alderson with the Mets, is a candidate for Orioles GM, according to Buster Olney.

The others: Josh Byrnes, Gerry Hunsicker, Thad Levine, Tony LaCava and Dan Jennings. Other candidates may be added, according to Olney.

Meanwhile, according to the MLB Network (via Metblog), Larry Bowa will in fact interview for the Mets' bench coach job. A source told ESPNNewYork.com this week that Jim Riggleman and Bob Geren were poised to interview, but that it did not appear likely the Mets would actually meet with Bowa. ESPNNewYork.com also has identified John McLaren as a candidate.