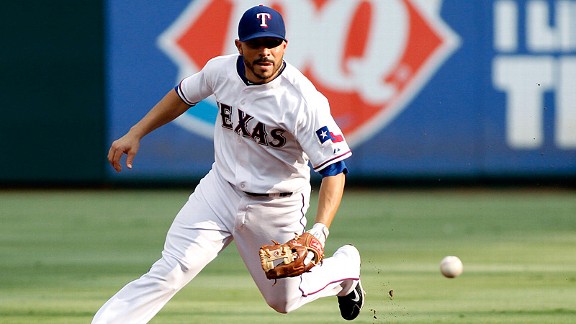 Needing options as a backup middle infielder who can handle shortstop behind Ruben Tejada, the Mets have signed Omar Quintanilla to a minor league contract, a major league source told ESPNNewYork.com.

He is a .213 career major league hitter in 522 at-bats spanning six seasons, primarily with the Colorado Rockies.

The Mets have Justin Turner available as a backup option, but ideally need someone who also can step in at shortstop.

UPDATE: The Mets have confirmed the Quintanilla signing. They note he missed the beginning of last season while completing a 2010 50-game suspension for violating the minor league drug prevention and treatment program.