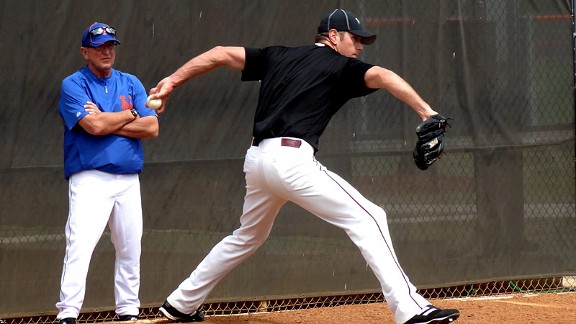 Left-hander C.J. Nitkowski is expected to sign a minor league deal with the Mets, Newsday reports. He auditioned Thursday. A team official previously told ESPNNewYork.com that should Nitkowski sign, he likely would go directly to minor league camp.

The sidearm-throwing Nitkowski, 39, is a St. John's product and former first-round pick of the Cincinnati Reds. He last pitched in the majors in 2005 with the Washington Nationals. He pitched in Korea and Japan from 2007 through 2010. Nitkowski did not pitch last season, but did participate in winter ball.

Nitkowski last year sought out the doctor who injected stem cells into Bartolo Colon. Nitkowski had the same procedure performed on his shoulder. He wrote this story for Sports Illustrated last summer regarding his "first-hand experience with stem cell treatment" in his pitching arm.