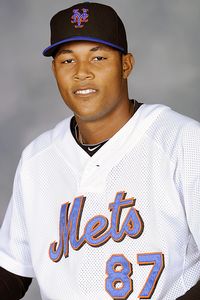 Asked by Buffalo reporters about potentially sending Familia to Double-A, Backman said: "I look at it as trying to work it out here, because then I feel like I failed him to some extent. But is that a possibility? It probably is a possibility. You can only take so many lumps before a guy loses total focus, so that's something that could be discussed. But I look at it as failure upon myself and my coaches not being able to get somebody right, especially when we know what kind of stuff he has."

Many scouts project Familia as a major league reliever.