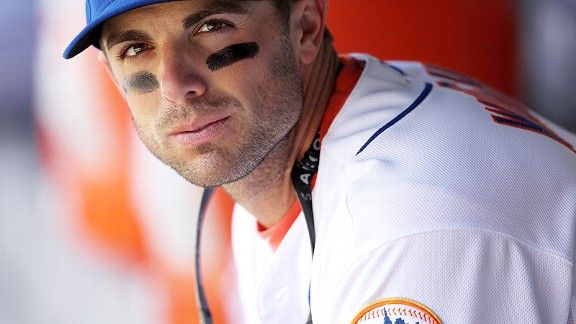 David Wright can look ahead to the second half knowing the first half was MVP caliber.

There are a lot of ways to twist the numbers when looking at the first half of David Wright’s 2012 season.

But our favorite is the one in the chart on the right. Since the All-Star Game divided the season into two chunks in 1933, there have been 16 instances in which a New York City baseball player racked up 250 plate appearances, a .350 batting average and a 1.000 OPS.

They didn’t know about OPS back in the days of Lou Gehrig, Joe DiMaggio, Mickey Mantle, Jackie Robinson, or Duke Snider, but New York baseball fans knew a special season when they had one.

Those numbers have only been achieved by the most beloved of ballplayers to come through these parts (Willie Mays didn't hit them until the Giants moved to San Francisco).

Three Yankees have had a first half like that since the Mets inception in 1962, but no Met had until 2012.

What else was special about Wright’s first half? Read on …

Wright finished with the second-highest batting average (.351), second-highest on-base percentage (.441) and third-highest OPS (1.004) at the break in Mets history.

Wright also matched the Mets mark for most seasons with a .400 on-base percentage prior to All-Star Break. This was his second, surpassing his .410 in 2009. Edgardo Alfonzo, Olerud and Darryl Strawberry each also had two. Olerud was just short of a third in 1997, finishing at .398.

Wright finished the first half with 27 doubles. That’s tied with Kazuo Matsui (2004) for second-most at the break in Mets history, trailing only Carlos Beltran’s 28 last season.

Wright also had 40 extra-base hits, the fourth time he hit that mark as a Met (he’s had as many as 45 in 2006). That’s the most instances in club history, snapping the mark he shared with Beltran.

Wright finished the first half with 19 go-ahead RBI, tied with Keith Hernandez (1985) and Alfonzo (2000) for third-most by a Met prior to the break.

Where does Wright’s first half rank among the top offensive first halves in Mets history?

By his formula, Wright created 69 first-half runs, and a lineup of nine David Wright’s would score 8.7 runs per 27 outs.

However, given Wright's advantages over Piazza and Hundley on the defensive side and the significant difference in offense in this era compared to the late 1990s/early 2000s, we have no problem with someone who wants to proclaim his half the best first half in Mets history.