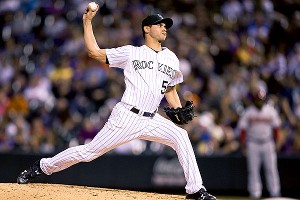 Former Rockie Carlos Torres has signed a minor league deal with the Mets.

Rice, 31, appeared in 54 games in relief for Triple-A Albuquerque in the Dodgers organization last season. He has never appeared in the majors. Rice pitched for the independent Long Island Ducks in 2008.