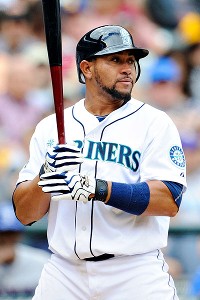 Miguel Olivo tops the Mets' wish list at catcher among free agents, according to a source.

NASHVILLE, Tenn. -- If the Mets go the free-agent route at catcher, Miguel Olivo is now their top target, a major league source briefed on the Mets' plans told ESPNNewYork.com.

The Mets need a righty-hitting complement to Josh Thole. Among free agents, the Mets rate Olivo far higher than alternatives Chris Snyder and Matt Treanor. And team officials are determined not to revisit any of the former Mets on the market, including Kelly Shoppach, Rod Barajas and former farmhand Jesus Flores.

The Mets may still swing a trade for a catcher, but there was nothing concrete developing on that front. Opposing teams were making ludicrous demands in exchange for a catcher -- such as top prospect Zack Wheeler -- according to an organization source.

Treanor does not interest the Mets. He is viewed as comparable to Mike Nickeas. One team insider suggested the Mets were wary of Snyder's back.