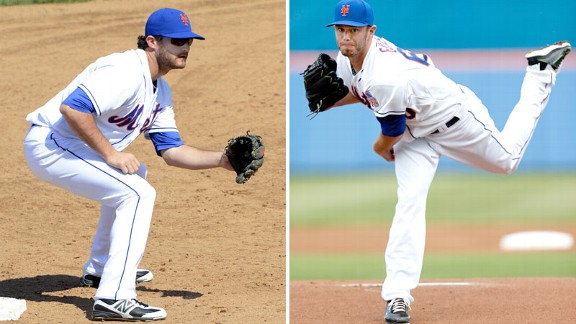 Reese Havens and Darin Gorski are losing 40-man roster spots, according to sources.

The process would involve exposing them to waivers. If they clear, they can be outrighted to the minors.

Havens, a first-round pick in 2008, has struggled through back injuries throughout his career. He hit .215 in 325 at-bats last season with Double-A Binghamton.

Both being cleared off the 40-man roster mean the Mets have five open spots for adding players on minor league deals.