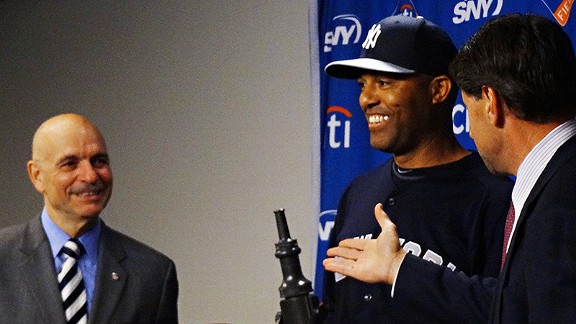 Wilpon said his son chose No. 42 as a high school freshman upon making varsity because of his admiration for Rivera. Wilpon added: "It's a great honor to have you be here for the last time. I wish we could see you in the World Series, but I'm not sure that's going to happen this year."

The Mets and FDNY gave Rivera a hose nozzle from a firetruck and call box as symbols of being the game's all-time greatest closer.

"Mariano has been a great friend to the FDNY for many, many years," Cassano said. "He's been at many of our widows and orphans events. And this is just a little token of our appreciation for your last visit at Citi Field and being such a good friend to all of us."