Bob Costas apologizes to Mets
8yAdam Rubin
Carrasco has bone fragment removed from elbow
3d
A fans guide to abiding the LOL Mets
17dDevin Gordon
Jeff Passan answers 20 burning questions about the MLB playoffs
17dJeff Passan
What's next for the New York Mets after Luis Rojas' departure
19dBradford Doolittle and David Schoenfield
Mets move on from Rojas after 3rd-place finish
19d
Mets likely to make Rojas decision before others
24d
MLB Power Rankings: Where all 30 teams stand in the final week
23dESPN.com
Mets give Syndergaard start, shut deGrom down
25d
Your squad isn't going to the MLB playoffs? The No. 1 offseason question for each eliminated team
19dBradford Doolittle
Passan's early MLB free-agency tiers: Which stars are going to get paid this winter?
24dJeff Passan
MLB Power Rankings: Where all 30 teams stand as playoff picture comes into focus
30dESPN.com
Prospects who have taken the biggest step forward in 2021 for all 30 MLB teams
32dKiley McDaniel
Jun 17, 2013 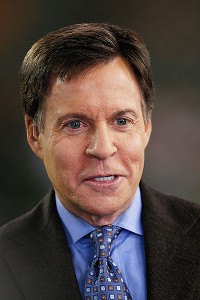 Costas, while narrating highlights during a golf telecast, said: "And the team 14 games under .500 celebrates as if it just won the seventh game of the World Series. Another indication of the ongoing decline of Western civilization.”

Said Terry Collins: "He's an intelligent guy. I really don't know what that all means. I know one thing: We had a nice celebration. ...

"Show me a team that has a walk-off home run that they don't celebrate. Show me one. I've seen the Yankees do it. I've seen the Cardinals do it. I've seen the Los Angeles Dodgers do it. Everybody is excited, and especially when you have a young guy like Kirk [Nieuwenhuis] come up and do it in that situation. We're down three runs. It seemed like we hadn't won a game in a week. All right, civilization is over. We'll have to rebuild. We're starting today."

Asked if he would have been more concerned with no celebration, Collins said: "If they just packed up their crap and went inside, yeah I'd be a little concerned."