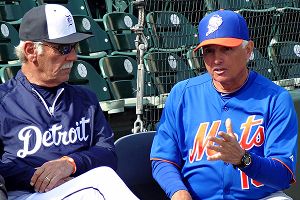 With the retirement of 68-year-old Jim Leyland, and the departure Charlie Manuel of in recent months, 64-year-old Terry Collins becomes the oldest manager in the majors. Here's how the current crop of skippers ranks: