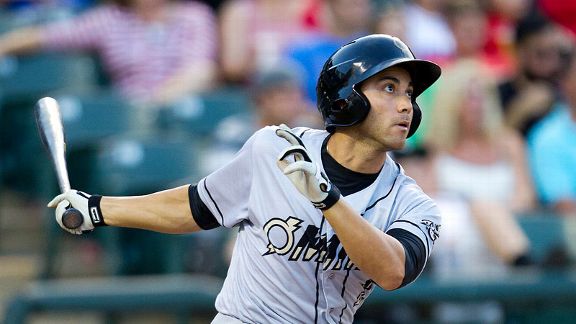 Seratelli, 30, is a product of Old Bridge High School in Matawan, N.J., as well as Seton Hall. He spent the past two seasons with Triple-A Omaha in the Royals organization.

The switch-hitting Seratelli should have a shot to make the Mets' bench in 2014.

Seratelli went undrafted out of Seton Hall and originally played professionally in the independent Frontier League. He then signed with the Royals for the 2007 season and spent seven seasons with that organization before defecting as a minor league free agent to the Mets. He was one of the more heavily pursued minor league free agents in baseball, with at least 10 teams expressing serious interest.

Thanks so much to the @Royals and their fans for the support over the years, but it's time to move on...

I'm extremely excited to join the @Mets organization! I hope to make a strong impact & play near my hometown! Thanks for everyone's support!