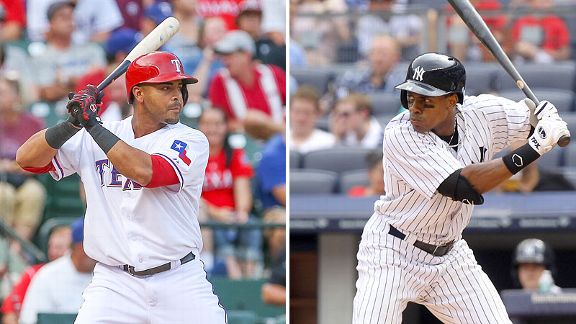 A team insider severely downplayed the likelihood the Mets land Nelson Cruz or Curtis Granderson.ORLANDO, Fla. -- Despite the Mets publicly acknowledging interest in Curtis Granderson and various reports linking them to free-agent outfielder Nelson Cruz, a team insider severely downplayed to ESPNNewYork.com the likelihood of signing either.

A Mets source said early in the offseason that the team was unlikely to sign any of the players who received $14.1 million qualifying offers with the exception of Shin-Soo Choo. And in Choo's case, the Mets were unlikely to go beyond the guarantee Michael Bourn received with the Cleveland Indians last offseason (four years), which likely will prevent a Choo signing, too.

Granderson and Cruz both received and declined qualifying offers.

Asked about the Mets enthusiastically being linked to Granderson and Cruz, a team insider bluntly said: "I would not believe everything you read."