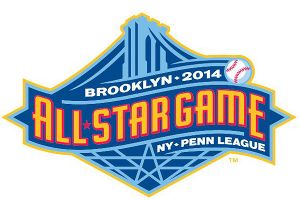 The Brooklyn Cyclones will host the 2014 New York-Penn League All-Star Game at MCU Park on Aug. 19.

The Cyclones last hosted the event in 2005, in the inaugural year of that league's annual All-Star Game.

The Cyclones, and the rest of the New York-Penn League, mostly will have their rosters filled with college players drafted this upcoming June.