Source: Lewin to return with Howie Rose
8yAdam Rubin
A fans guide to abiding the LOL Mets
10dDevin Gordon
Jeff Passan answers 20 burning questions about the MLB playoffs
10dJeff Passan
What's next for the New York Mets after Luis Rojas' departure
12dBradford Doolittle and David Schoenfield
Mets move on from Rojas after 3rd-place finish
12d
Mets likely to make Rojas decision before others
16d
MLB Power Rankings: Where all 30 teams stand in the final week
16dESPN.com
Mets give Syndergaard start, shut deGrom down
18d
Your squad isn't going to the MLB playoffs? The No. 1 offseason question for each eliminated team
12dBradford Doolittle
Passan's early MLB free-agency tiers: Which stars are going to get paid this winter?
17dJeff Passan
MLB Power Rankings: Where all 30 teams stand as playoff picture comes into focus
23dESPN.com
Prospects who have taken the biggest step forward in 2021 for all 30 MLB teams
25dKiley McDaniel
Feb 11, 2014 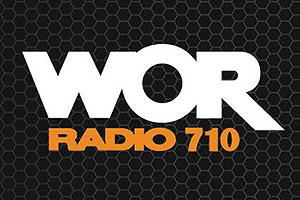 PORT ST. LUCIE, Fla. -- After considering a shakeup, the Mets' in-game radio team will remain intact with the switch to WOR.

An industry source told ESPNNewYork.com that Clear Channel Media and Entertainment has decided to keep Howie Rose and Josh Lewin as the broadcast team.

Rose is an institution on Mets radio broadcasts, while Lewin has become popular since joining Rose two seasons ago.

An official announcement is expected later this week.

The pregame/postgame host may not be announced at the same time. There has been a prolonged negotiation with one candidate who currently works in satellite radio.

WOR had weighed replacing Lewin with a former player, to complement Rose as an analyst, as SNY does on the TV side with Keith Hernandez and Ron Darling joining Gary Cohen.

WOR is replacing WFAN as the Mets flagship station.