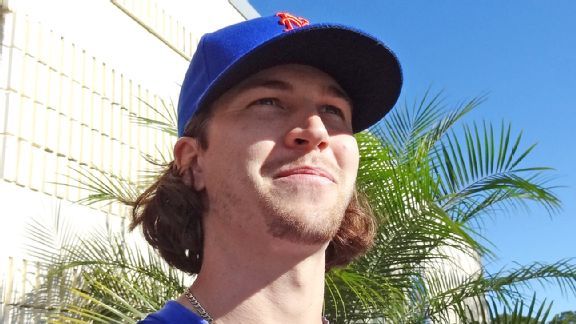 FIRST PITCH: The Subway Series finale originally was slated to pit Dillon Gee against CC Sabathia. Now, both are on the disabled list. And Mets-Yankees instead concludes with a pair of starting pitchers making their big-league debuts -- Jacob deGrom versus right-hander Chase Whitley.

DeGrom (4-0, 2.58 ERA at Las Vegas) steps into the starting role because Gee landed on the DL on Wednesday with a right lat-muscle strain. The Mets, who weighed keeping Gee active and having him miss one start, now expect he will miss two starts and return from the DL when eligible.

A look at how the last dozen starting pitchers to debut in the majors with the Mets fared:

Coming on the heels of Rafael Montero’s start Wednesday, it will mark the first time in franchise history the Mets have used starting pitchers making their major-league debuts in consecutive games.

The last time an MLB team used debuting starting pitchers in consecutive games? The Milwaukee Brewers on Sept. 2-3, 2002, with Ben Diggins and Dave Pember, according to the Elias Sports Bureau.

The last time two debuting pitchers started opposite each other in an MLB game? Coincidentally, that involved Gee -- who pitched opposite Washington’s Yunesky Maya on Sept. 7, 2010.

In the past 100 years, there have only been seven non-September instances of both starting pitchers making their big-league debuts, according to Elias.

Bobby Parnell, who will miss the remainder of the season after undergoing Tommy John surgery, was transferred to the 60-day DL to clear a 40-man roster spot for deGrom.

As the Mets did with Mariano Rivera last season and Chipper Jones in 2012, they will have an afternoon ceremony in a conference room to present Jeter with a gift -- not on-field recognition before the first pitch. A clip from that ceremony likely will be played for fans pregame on the scoreboard.

The Mets are expected to present Jeter with artwork, as they did with Chipper. 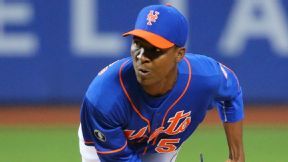 • Montero did a solid job in his debut, but Masahiro Tanaka tossed a four-hit shutout and the Yankees snapped a six-game Subway Series losing streak with a 4-0 win Wednesday at Citi Field. The Mets (19-20) dropped a game under .500.

Terry Collins suggested three shots the Mets hit on Wednesday would have been homers had the game been played in the Bronx, including David Wright’s first-inning blast to the track with a runner on base.

The Mets had a pair of costly, ill-advised plays. With Tanaka on deck, a runner on first base and two outs, left fielder Eric Young Jr. decided to dive for a second-inning sinking liner off Brian Roberts’ bat rather than concede a single and keep it in front of him. E.Y. Jr. played the ball into a run-scoring triple. On the basepaths, Chris Young tried to steal second with Tanaka holding the ball, Lucas Duda at the plate and the Mets trailing, 2-0. He easily was retired.

The unbeaten Tanaka -- the first 6-0 Yankees rookie starter since Whitey Ford in 1950 -- even produced a ninth-inning hit. Mets pitchers are now 0-for-64 at the plate this season. That futility matches the 1946 Cleveland Indians for the second-worst hitless streak by pitchers in MLB history, according to Elias. The all-time record: 0-for-92 by Cleveland pitchers in 1914.

Given E.Y. Jr. and Ruben Tejada’s hot streaks ended -- they went a combined 1-for-7 Wednesday -- it appears likely they will find themselves on the bench for the Subway Series finale.

• The Mets dumped Kyle Farnsworth a couple of days ahead of a deadline after which his $1 million contract for the season would have become guaranteed. Farnsworth, who notched a save as recently as Monday, had signed an “advanced consent” waiver. That allowed the Mets to drop him within 45 day of him joining the club on April 2 and only be responsible for the portion of the contract during which he was active -- about $250,000.

Farnsworth, who plans to refuse a minor-league assignment and become a free agent, was angry with the decision, calling it “sad” and describing himself as “very bitter.”

One member of the organization described himself as “speechless” after learning of the move.

Josh Edgin, who had a 4.97 ERA and had allowed 17 hits and 11 walks in 12 2/3 innings with Vegas, will be promoted and join Scott Rice as a left-hander in the bullpen.

Who’s the closer? Terry Collins hasn’t named one yet, but Jeurys Familia, Jenrry Mejia and Daisuke Matsuzaka would be candidates.

Read more in the Record, Journal, Newsday and at MLB.com.

• Travis d’Arnaud likely will land on the seven-day concussion DL before Thursday’s game. D’Arnaud had been struck on the top of the head by Alfonso Soriano’s backswing in the ninth inning Tuesday. D’Arnaud is continuing to undergo concussion tests. Juan Centeno, already on the 40-man roster, is expected to join the Mets on Thursday from Vegas. He was hitting .273 with one homer and 11 RBIs in 77 at-bats with the 51s. Read more in the Star-Ledger.

• Gee said there was no issue with his lat when he was pulled after 81 pitches from his last start. It only arose afterward and intensified during a bullpen session Tuesday in the Bronx. Read more in the Post, Daily News, Journal and Newsday. 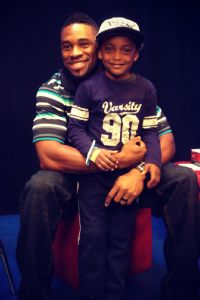 • E.Y. Jr. visited Kravis Children’s Hospital at Mt. Sinai before heading to Citi Field for the Subway Series on Wednesday. He appeared on the hospital’s closed-circuit TV show and answered questions for kids who were too sick to come down to a studio. E.Y. Jr. took pictures and signed autographs for patients who were well enough to attend the live show in the hospital’s lobby.

Before Savannah won two games from Greenville on Wednesday, outfield prospect Jared King -- who recently proposed to his girlfriend on the field -- landed on the DL with a fractured right fibula. King suffered the injury getting hit by a pitch on May 7. Read the full minor-league recap here.

“It’s highly unlikely,” Meyer told the Post. “If you’re in a restaurant and one person says they got food poisoning from fish, you can say, ‘Well, that was probably one bad fish.’ But with hamburger meat, it’s an entire batch. And we haven’t heard of one other case of food poisoning. We don’t know for sure a Shake Shake burger made them sick.”

Daniel Barbarisi in the Journal reported fans at Citi Field on Wednesday did not seem dissuaded from buying Shake Shack food.

• Columnist Joel Sherman in the Post suggests there is pressure on both New York GMs because they are playing in divisions up for grabs because of mediocrity. Writes Sherman:

[Sandy] Alderson already made a significant move during this Subway Series by shifting Rafael Montero into the rotation and Jenrry Mejia into the pen. The Mets’ long-shot chances this season could be about this: Can Alderson take some of that young pitching he has been diligently stockpiling the past four years and turn it into a July bat -- a Jose Bautista for mid-lineup heft or an Alexei Ramirez to solve shortstop, perhaps?

[Brian] Cashman faces a potentially more daunting issue because the Yanks have more age -- and thus more potential leaks -- and less farm system. At this moment, the Yankees look as if they need a sidekick for Masahiro Tanaka. So they might have to find out just how much a trade fronted by Gary Sanchez or John Ryan Murphy would bring. Does that get them into, for example, a Jeff Samardzija sweepstakes or do they have to lower their sights to the Bronson Arroyo/Jason Hammel level?

• Columnist David Lennon in Newsday suggests payroll still matters, as the Yankees demonstrated with their capacity to land Tanaka.

• In a where-are-they-now look, Ken Belson in the Times notes Dae-Sung Koo -- of double-off-Randy Johnson-and-scoring-with-a-weighted-ball-in-his-pocket fame -- has been pitching in Australia.

According to the YES Network, Monday night's game at Yankee Stadium generated the highest ratings for a Subway Series telecast on a New York regional sports station since 2011, averaging 494,000 total viewers. On Tuesday, the Rangers' hockey game and the NBA playoffs siphoned off some viewers, but the Subway Series has re-established itself as a solid draw.

Even with the Brooklyn Nets' playoff game competing with baseball on Wednesday, the stations anticipated another potential bump with rookie pitcher Masahiro Tanaka on the mound for the Yankees.

• Mike Ozanian at Forbes opines about the value of the Mets if they were sold.

BIRTHDAYS: Tyler Walker, whose eight-year big-league career as a reliever began with the Mets in 2002, turns 38.

YOU’RE UP: What gift should the Mets present to Derek Jeter?