Hefner suffers major setback in T.J. return
7yAdam Rubin
A fans guide to abiding the LOL Mets
10dDevin Gordon
Jeff Passan answers 20 burning questions about the MLB playoffs
10dJeff Passan
What's next for the New York Mets after Luis Rojas' departure
12dBradford Doolittle and David Schoenfield
Mets move on from Rojas after 3rd-place finish
12d
Mets likely to make Rojas decision before others
17d
MLB Power Rankings: Where all 30 teams stand in the final week
16dESPN.com
Mets give Syndergaard start, shut deGrom down
18d
Your squad isn't going to the MLB playoffs? The No. 1 offseason question for each eliminated team
12dBradford Doolittle
Passan's early MLB free-agency tiers: Which stars are going to get paid this winter?
17dJeff Passan
MLB Power Rankings: Where all 30 teams stand as playoff picture comes into focus
23dESPN.com
Prospects who have taken the biggest step forward in 2021 for all 30 MLB teams
25dKiley McDaniel
Aug 11, 2014 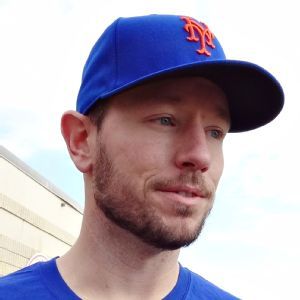 Jeremy Hefner has suffered a major setback in his return from Tommy John surgery.

Hefner was diagnosed in New York on Monday with a re-injury to a ligament in his right elbow as well as a stress fracture of the ulna bone. He may undergo reconstructive surgery again.

Hefner departed his sixth minor-league start last Wednesday after one inning. He was nearing a full return from Tommy John surgery, which was performed on Aug. 28, 2013.

Hefner wrote on Facebook about the ulna bone fracture: "Although this injury is extremely uncommon, it does happen. There aren't many case studies on it, but it does require me to have T.J. surgery again. Yes, that means starting completely over. I'm not sure what my course of action is. Should have a clearer picture in the coming days. I'm disappointed, but not shaken. I have a lot of things to be thankful for, and I'll rest in that."