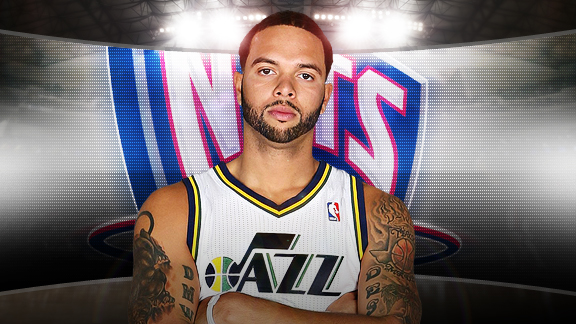 All-Star point guard Deron Williams is on his way to Newark.Trying to rebound from the disappointment of their failed pursuit of Carmelo Anthony, the New Jersey Nets have agreed to a blockbuster trade with the Utah Jazz for Deron Williams, sources told ESPN's Marc Stein and Chad Ford on Wednesday.

The Nets will send Derrick Favors and Devin Harris to Utah for the All-Star point guard.

The deal, scheduled for completion later Wednesday after a trade call with the league office, would also involve the Golden State Warriors and bring multiple draft picks to Utah. Read more »