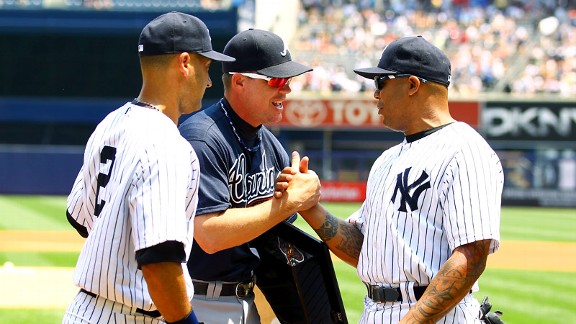 Jones is retiring at the end of the season. So, barring a Yankees-Braves World Series, this will be his last game at Yankee Stadium.

Jones inflicted a ton of damage on the crosstown rival Mets. Perhaps the Yankees were saying thank you.