When a team dominates a division like the Minnesota Vikings did this season, it's no surprise when their players show up in postseason awards. And that's what happened when the ESPN reporters covering the NFC North -- Courtney Cronin with the Vikings, Rob Demovsky with the Packers, Jeff Dickerson with the Bears and Michael Rothstein with the Lions -- turned in their ballots.

Offensive MVP -- Case Keenum: He went from a journeyman quarterback to an MVP candidate in a matter of months. In 26 career games for the Texans and Rams, there was little to suggest that the Vikings would be able to rely on him to not only keep their playoff hopes alive without Teddy Bridgewater and Sam Bradford but also to be one of the reasons they entered the postseason among the Super Bowl favorites in the NFC.

No wonder he was the NFC North offensive MVP.

Of course, it helps to have a receiver like Adam Thielen, who finished second to his quarterback in the voting. Lions quarterback Matthew Stafford was third.

Of Keenum, an NFL personnel executive told ESPN for its Playoff Confidential feature: “He's efficient. He's not necessarily dangerous, but he doesn't turn it over, and that's what has made him successful. He's like a poor man's version of Alex Smith. Somehow, you have to take away his athleticism because that's his best asset. You probably won't believe this, but he'd get my vote for MVP for what he's done as the third guy in there [behind Bradford and Bridgewater]. He's made himself a lot of money this season."

Defensive MVP -- Harrison Smith: For years now, he has been consistent as one of the last lines of defense against big plays in the Vikings' defense. Harrison Smith is a big hitter. He’s got ball skills and is one of the bigger reasons the Vikings won the NFC North this year.

His play landed him a first-team All-Pro nod by the Associated Press, one of the biggest honors a player can earn in-season. Yet somehow, Smith did not make the Pro Bowl this season, a surprising snub considering he has been in Pro Bowls the past two years.

It was a closer vote for Smith in the NFC North than some other divisions, though, because of the talent in the group. Detroit’s Darius Slay and Minnesota’s Everson Griffen tied for second. Slay, another first-team All-Pro, led the NFL with eight interceptions this season. Griffen was fourth in the league in sacks, with 13.

Both Slay and Griffen made the Pro Bowl, too, while Smith did not. 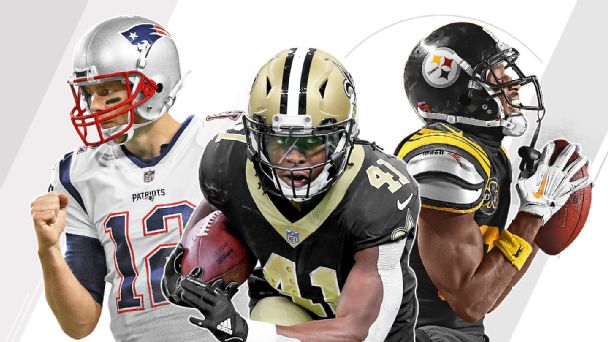 NFL Nation reporters vote for the top offensive and defensive player, rookie and coach of the year.

Minnesota grabbed hold of the NFC North title without its Week 1 starting quarterback and top draft choice running back after both Bradford and Dalvin Cook’s seasons were cut short by injuries. Defensively, Zimmer finally had all the pieces in place to take his unit from good to great to elite, capping off 2017 ranked No. 1 in total and scoring defense while setting a record for the lowest third-down conversion rate (25.2 percent) in NFL history.

Zimmer came into his own in his fourth year as a head coach, and it’s not just because of what happened on defense. He should be credited for sticking with the likes of Keenum, Latavius Murray and Jerick McKinnon and not hitting the panic button by demanding a trade or forced signing of a free agent.

It might have appeared strange that he wouldn’t commit to Keenum on more than a week-to-week basis, but the method to Zimmer’s madness yielded a career year for the 29-year-old and the Vikings got more out of the quarterback position with Keenum at the helm.

Zimmer may be edged out by Sean McVay for the NFL’s Coach of the Year award but is certainly a no-brainer for the nod in his division.

Rookie of the Year -- Tarik Cohen: A fourth-round pick out of North Carolina A&T, Cohen emerged as the Bears’ top playmaker on offense and special teams as a rookie.

Listed at only 5-foot-6, 179 pounds, Cohen became the first NFL rookie since Gale Sayers in 1965 to score touchdowns via rushing, receiving, passing and punt return in a single season. Cohen’s 21-yard touchdown throw to tight end Zach Miller in Chicago’s win over Baltimore was the first NFL touchdown pass by a player 5-foot-6 or shorter since Wee Willie Smith of the New York Giants in 1934.

Cohen later dubbed himself, “Wee Rik” in honor of Smith.

Cohen authored the most exciting play of the Bears’ 2017 season when he reversed field and scored on a 61-yard punt return against San Francisco in Week 13 -- Chicago’s most thrilling moment on special teams since the Devin Hester era.

The all-purpose threat finished second on the club in receptions (53) and rushing yards (370) and was named a second-team alternate to the Pro Bowl as a special-teamer.