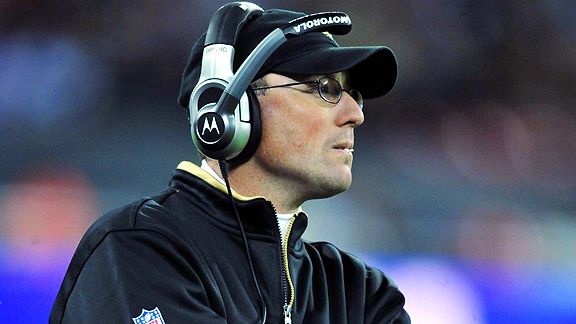 He appears even younger than his 38 years and, with the baseball hat and glasses, you might have mistaken him for a high school coach. But let’s not sell Carmichael short.

This guy might be close to invisible to the public, but he’s a key reason the Saints are in their first Super Bowl in franchise history. Carmichael is the guy between head coach Sean Payton and quarterback Drew Brees, a liaison from great to great. Some of that has to rub off. Heck, if Carmichael didn’t have something special of his own, he wouldn’t be in this position in the first place.

“He’s invaluable,’’ Payton said. “He’s had two opportunities to leave (to become) coordinator elsewhere. Prior to becoming coordinator here, I think he was very instrumental in Drew Brees’ success and I think Drew would tell you the same. He’s done a great job.’’

If you don’t know much about Carmichael, you probably should. It’s that time of year when coordinators who are still coordinating get mentioned as possible candidates for head coaching jobs, but there’s a pretty good chance you’ve never heard Carmichael’s name before you started reading this column.

Just minutes after defensive coordinator Gregg Williams finished a news conference Friday that sounded like a job interview or infomercial, Carmichael spoke to the media. It seemed like he wanted to hide. For 15 minutes, he answered questions softly and with a slight New England accent. He was polite, but Carmichael didn’t appear all that comfortable talking about himself. There definitely wasn’t a lot of salesmanship coming out in his words.

“From my perspective, it's great to be a part of it, and I'm working with two of the best minds in the game,’’ said Carmichael, a native of Medway, Mass. “Really, every day, I'm seeing myself learn just little coaching points that Sean has or maybe even after a play, “Hey, Drew, what were you thinking?’’ He has his reasoning for doing what he does. And you'll see Sean and him communicate that to each other.’’ 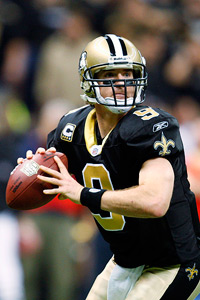 Carmichael was Drew Brees' quarterback coach for three years before being promoted to offensive coordinator.You’ve heard all about the Payton-Brees relationship and how they both are great offensive minds. You know this is Payton’s offense and the head coach is the play-caller. But don’t fall into the easy trap of thinking that Carmichael is simply some “gofer’’ with a title.

You don’t get to be the offensive coordinator of the Saints unless you bring something pretty strong to the table. Even if he doesn’t call the plays, Carmichael plays a critical role in running one of the most efficient offensive machines we’ve seen in recent years.

“Pete does a great job handling the meetings,’’ Payton said. “Oftentimes, I’m not there preparing the lists. He deals with Drew on a day-to-day basis. He’s extremely bright. He’s got a great grasp of what we’re doing and the changes we might make week to week in regards to what we’re seeing defensively.’’

When former offensive coordinator Doug Marrone left to become the head coach at Syracuse University late last season, Payton easily could have gone out and brought in a big name. Just about any coach would have loved to be the guy between Payton and Brees.

But Payton didn’t take long to make a decision and he didn’t do anything dramatic. Payton believed he already had a good thing going with Carmichael, a former Boston College baseball star, who started his career on the coaching staffs of New Hampshire and Louisiana Tech football before landing in the NFL.

Carmichael had been the Saints quarterbacks coach since this staff arrived in 2006. His relationship with Brees and his knowledge of the offense already was strong. Payton simply shifted Carmichael, who previously had been an assistant with the Browns, Redskins and Chargers, into the coordinator’s role and promoted offensive assistant Joe Lombardi to take over as quarterbacks coach.

There has been no drop off. If anything, this offense is better than a year ago, in large part because the Saints have more balance between the running and passing games.

Carmichael’s not jumping forward to take any of the credit, mainly because it doesn’t seem like that’s in this former math major's nature. Ask him about his role and he makes it sound like it’s not all that important.

“With the title, when Sean's not around, he's doing these things or whatever he's got to be doing as a head coach to make sure what he wants getting done is getting done,’’ Carmichael said. “So going into the offensive staff rooms, if he's not around [I'm] just making sure, 'Hey, guys, this is what Sean's thinking. Let's make sure we're getting it coached.' Really, you know, going into the quarterback meetings with Drew. Sean's not always able to be a part of that and communicating to Drew, 'Hey, this is what the head coach is thinking on this subject.'’’

That might be the real key in Carmichael’s job description -- knowing what Payton is thinking. If you do something like that long enough, maybe you become it. You know what one of the best offensive minds in football is coaching and you know how to communicate that to Brees.

“Yeah, I would say among a head coach and a quarterback, this is a place that relationship may be as good as I've ever seen,’’ Carmichael said. “They're two similar people. Obviously, Sean's a great head football coach, but he's a great offensive mind. But the two of them, both of their brains are always working, you know. Looking to attack, attack, attack. I think the two of them have such a similarity outside the building, too, they enjoy doing the same thing, so their relationship is vital to our success.”

Overlook Carmichael because he doesn’t call the plays, if you want. But I think he’s a very big cog in a very good offensive machine. Carmichael is the bridge between Payton and Brees.

To me, that doesn’t sound like some minor role. That sounds like one of the most important jobs in the NFL.