So with that in mind and the Rams having the weekend off, I thought it might be fun to try to lay out the course for how it could happen.

Before we begin this exercise, I want to offer two caveats to what is going to follow: 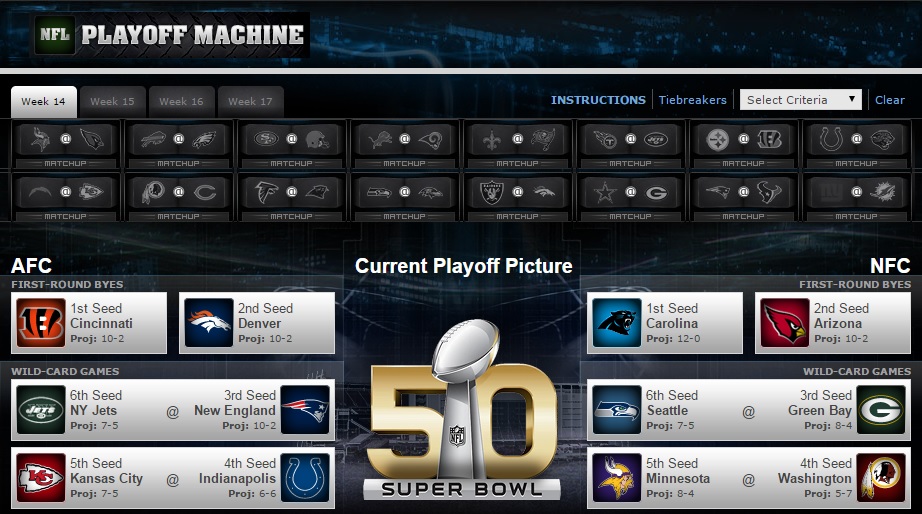 First and foremost, let's be abundantly clear here that this is a major long shot. There are a lot of things that need to happen for the Rams to steal the final wild-card spot. This is mostly for entertainment purposes and if we wait any longer to do it, the Rams could be officially eliminated.

Second, I'm awful at math. There's a chance I'm going to overlook a piece or two of this process that could change things. And I'm mostly going to eliminate ties from the thinking since they're so rare and only complicate matters further.

With that out of the way, here's a look at how the Rams could return to the postseason for the first time since 2004:

-- Above all else, the Rams have to win their final two games of the season. That won't be an easy task considering they play road games against NFC West division rivals Seattle and San Francisco. As it stands, the Seahawks and Minnesota are holding the two wild-card spots and both teams already have eight wins. So the 6-8 Rams have to get to eight wins to even be in the ballpark. Any other result in those final two games would eliminate them.

-- The reality is that the Rams might not get a chance to put themselves in position because the team to watch above them is Seattle, which is probably playing better than the rest of its NFC brethren save for Carolina and Arizona. Is it realistic to think the Seahawks could lose out? Well, probably not. Seattle has won four games in a row and six of its last seven. On Sunday, the Seahawks play at home against the 3-10 Cleveland Browns. Barring some Johnny Manziel magic, the Rams' dream could end right then and there.

"We’re still alive," Rams end Will Hayes said. "Hopefully some teams will lose for us and stuff will just happen. You never know what can happen. Hopefully Johnny can pull one out, get back to those Texas A&M days and bring some magic."

If the Browns can somehow pull the upset, the Seahawks then host the Rams next week and finish the season at Arizona, who would have the NFC West wrapped up under this scenario. If the Rams win out, the Seahawks lose out and there's not another team with an 8-8 record in the mix, the Rams would go over the Seahawks by virtue of a tiebreaker. Obviously, it's a long shot but it's also the easiest road to figure out for the Rams.

-- Take Minnesota out of the equation. Even if the Vikings lose the rest of their games, they'd be 8-8 and if the Rams matched that, Minnesota would hold the tiebreaker based on its victory against St. Louis earlier this year.

-- There are, of course, other teams that stand between the Rams and the sixth seed in the NFC. And the Rams would theoretically have to leap over some of them to get to that final spot even if Seattle loses out. It would take a while to go through all the permutations, but if you're a Rams fan, just know it's best to root for Washington to win the NFC East. That way, the Rams wouldn't face the possibility of losing an 8-8 tiebreaker to Washington because of their loss to them back in week 2. The New York Giants, Philadelphia Eagles and Atlanta Falcons are other possible roadblocks.

-- To sum it up, if you're still holding out hope that the Rams can make the postseason, you want a scenario in which the Rams and Seahawks are tied for the sixth overall seed at 8-8.