We're nine weeks into the 2017 NFL season and now every team has played at least eight games. It's time to hand out a few midseason awards. Here are our NFL Nation award winners: 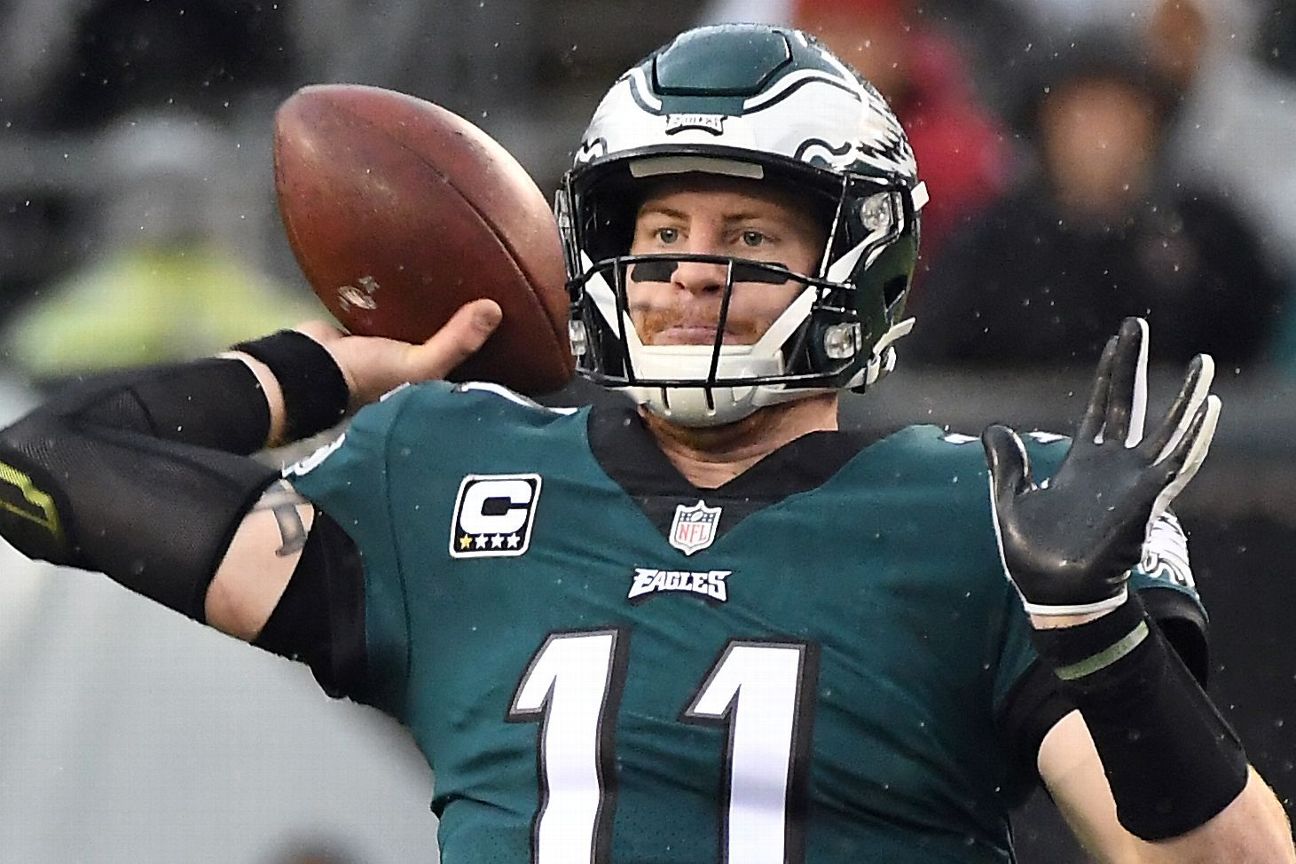 First-half recap: Wentz had an MVP-caliber first half of the season, tossing a league-high 23 touchdowns while leading the Eagles to an 8-1 record -- the best mark in the NFL. He has made a huge jump from Year 1 to Year 2, improving in every area from fundamentals to pre-snap recognition to execution down the field. Wentz throws with accuracy but also excels at extending the play with his legs and creating big-play opportunities. He ranks fourth in passing yards (2,262), third in QBR (71.7) and is showing all the signs of a star in the making.

Second-half outlook: According to ESPN's Football Power Index, the Eagles are favored to win only four of their seven remaining games. Their toughest stretch will be back-to-back road games against the Seahawks and Rams in Weeks 13-14, and they still have to play the rival Dallas Cowboys twice. Wentz will be operating without potential Hall of Fame left tackle Jason Peters, who suffered ACL and MCL tears in Week 7 against the Washington Redskins. In order to maintain Peters' high level of play, replacement Halapoulivaati Vaitai will have to fill in adequately. Assuming that happens, Wentz should continue performing at an MVP clip, especially now that another weapon in running back Jay Ajayi (eight carries, 77 yards and a touchdown in his Eagles debut) has been added to the fold. -- Tim McManus 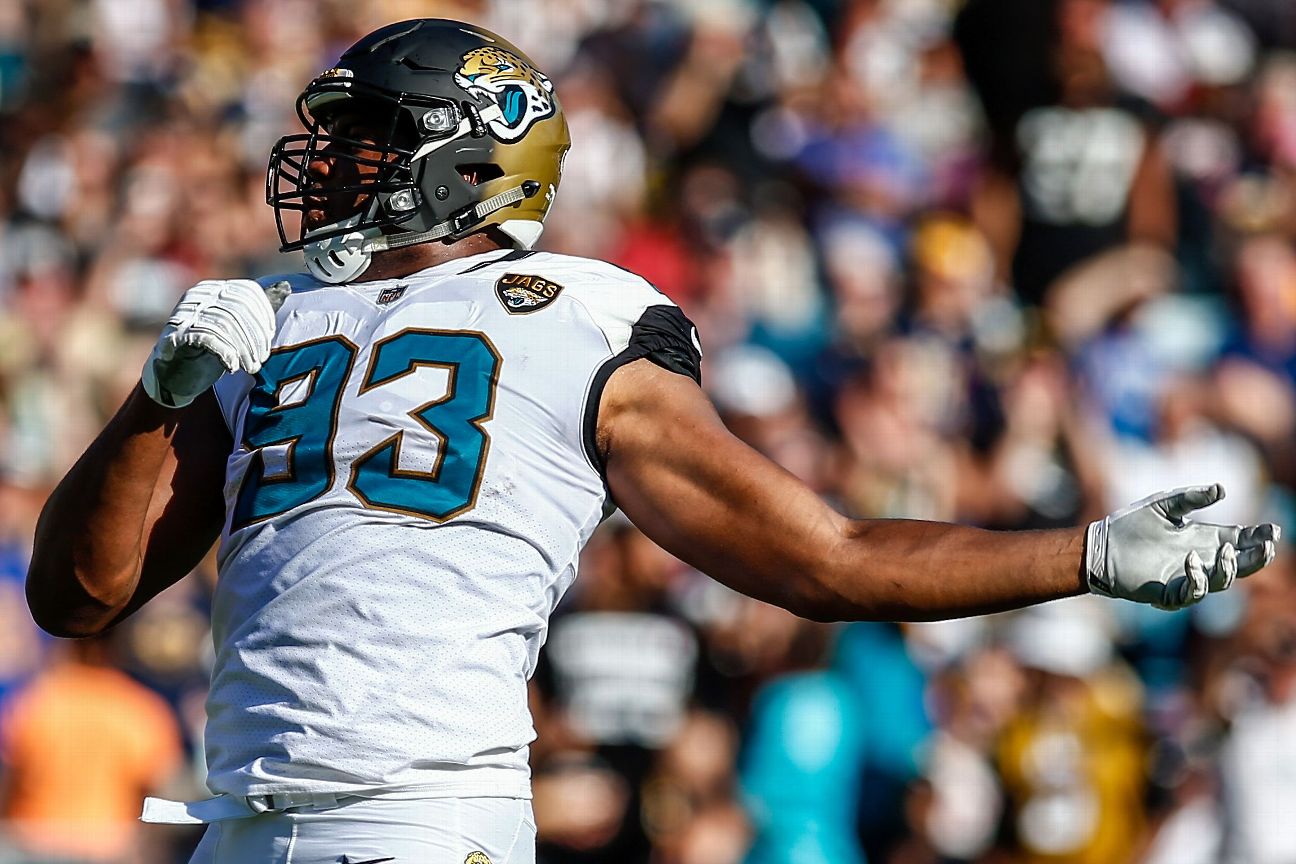 First-half recap: The Jaguars hoped Campbell would be able to provide some much-needed veteran leadership in the locker room and continue to be the consistent pass-rusher that he was with Arizona (at least 6.0 sacks in seven of nine seasons). He leads the NFL with a career-high 11.0 sacks after eight games. Campbell set the franchise record with four sacks in his first game with the Jaguars, and he has had five sacks in his past three games. The 6-foot-8, 300-pound Campbell isn't a pure edge rusher, either. He's overpowering blockers and winning with relentless effort.

Second-half outlook: Campbell is just one sack shy of tying the Jaguars’ single-season franchise record (12 by Tony Brackens in 1999). Barring injury, he’ll blow past that number and should finish in the high teens. Campbell has had a lot of success because the Jaguars have had big leads and have made teams one-dimensional, which allows the pass rush to tee off on the quarterback. The Jaguars still have games remaining against four of the 10 teams that have allowed the most sacks so far this season, including the top three: Indianapolis, San Francisco and Houston. -- Michael DiRocco 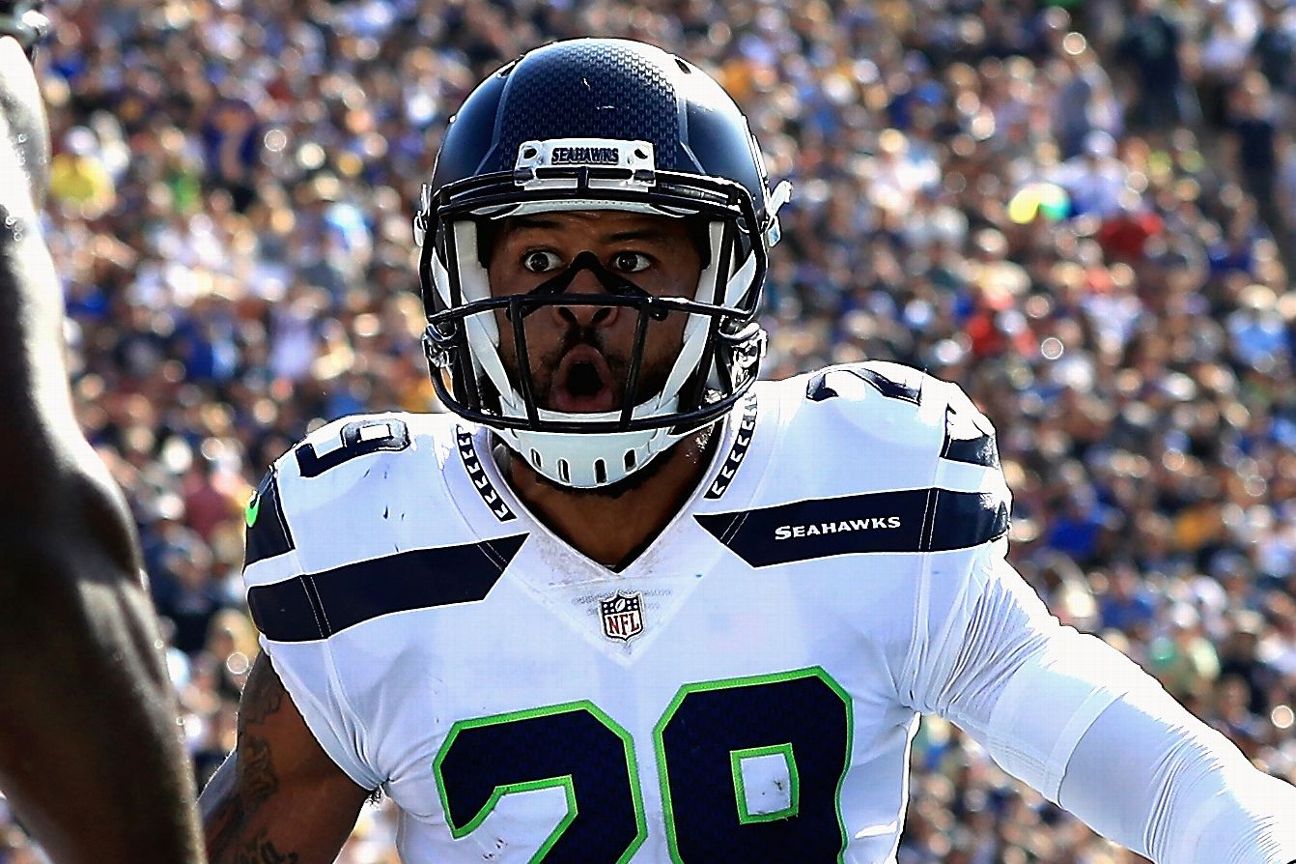 First-half recap: Thomas is again playing at an All-Pro level, picking up where he left off when a broken leg cut his 2016 season short in December. According to some teammates, he has actually come back even better. He has forced three turnovers, including a 78-yard pick-six of Deshaun Watson in Seattle's 41-38 shootout win over Houston in Week 8. That play showed Thomas still has the instincts and speed that have made him one of the best safeties of his generation. The Seahawks’ defense has been dominant for stretches of the first half of the season. Thomas' return from injury has been as big of a reason for that as anything else.

Second-half outlook: During the Seahawks' run of five consecutive playoff appearances, Thomas arguably has been the most important member of their defense because of his ability to prevent big plays. That will be a key in the second half as Seattle faces some of the league's highest-scoring offenses, including the Eagles in Week 13, the Rams in Week 15 and the Cowboys in Week 16. That part of Thomas' job often gets overlooked, but if he continues to make impact plays like he did early in the season and if Seattle's defense remains near the top of the league, his name will be included in the conversation for defensive player of the year, not just comeback player of the year. -- Brady Henderson 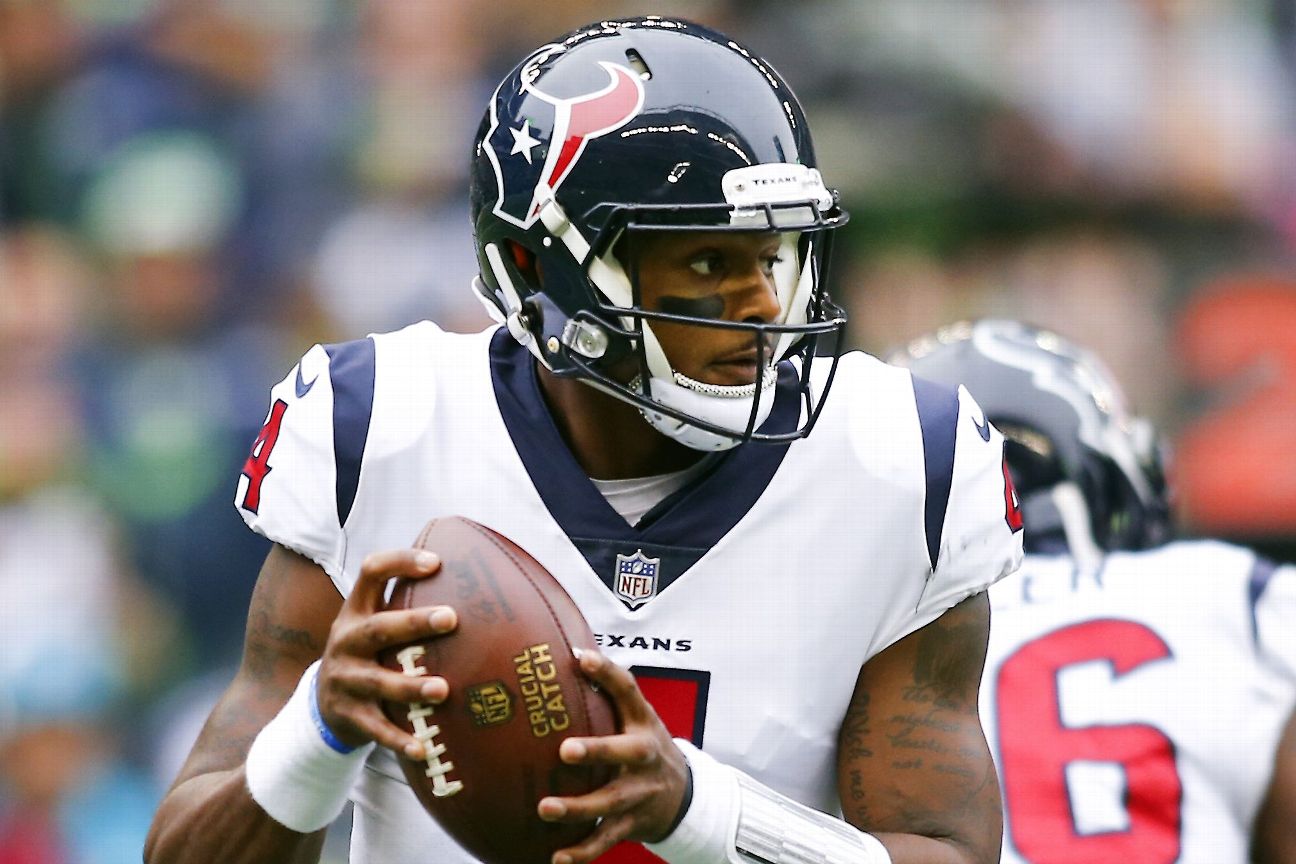 First-half recap: On draft night, the Texans gave up quite a haul of draft picks to trade up for Watson, but midway through his rookie season, the quarterback showed he was worth the risk. Each week, Watson continued to work his way through rookie records and spent several weeks leading or tied for the most passing touchdowns in the NFL. It's still incredibly early in Watson's NFL career, but he appears to be the franchise quarterback the Texans were hoping for and is already tied for the fourth-most passing touchdowns in franchise history.

Second-half outlook: The Texans will not get a chance to see what Watson will do in the second half after he tore his ACL in his right leg during practice last week. Watson was on pace to obliterate the rookie record for passing touchdowns in a season (26, by Russell Wilson and Peyton Manning), but instead finishes with 19, the most by a player through his first seven NFL games. Although there is obviously disappointment in Houston after Watson’s rookie season was cut short, the Texans found their franchise quarterback after trading up in April’s draft, and as head coach Bill O’Brien said, that gives them a lot of hope for the future. -- Sarah Barshop