Dez Bryant's eight-year run in Dallas came to an end on Friday when the Cowboys released him. Set to make $12.5 million in 2018 and count $16.5 million against the cap, Bryant was a costly investment for a receiver who hasn't cracked 1,000 yards in a season since 2014.

But Bryant still figures to attract interest from around the NFL. Where might he land? We polled our 32 NFL Nation writers for their thoughts on whether their team would have interest. Here are the four teams the Nation believes could make sense for the 29-year-old receiver:

Interest in Bryant can't be ruled out, because the Bills have a need at wide receiver. They have invested resources in Zay Jones (drafted in the second round last year) and Kelvin Benjamin (acquired in a trade for third- and seventh-round picks), but the results left something to be desired. The Bills lost Deonte Thompson and Jordan Matthews in free agency, so they could use some veteran help. -- Mike Rodak 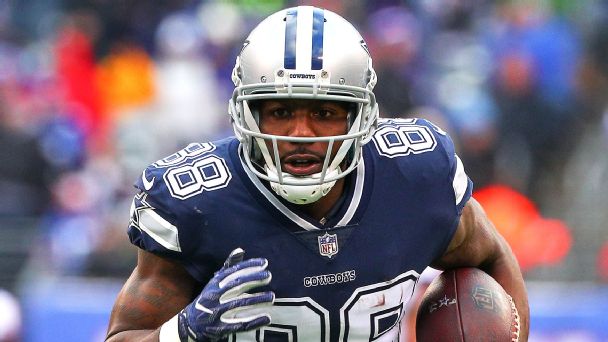 It would be out of character for the Packers to add a character like Bryant -- especially after tight end Martellus Bennett's signing went wrong last year. But despite Bryant's big personality, he would fit nicely into the Packers' offense, which has a hole after Jordy Nelson was released. The Packers certainly could use another perimeter weapon for Aaron Rodgers. -- Rob Demovsky

Bryant fits a familiar Ravens profile -- a soon-to-be 30-year-old wide receiver who has a chip on his shoulder after getting cut. Baltimore has had success with that type of player in the past with Derrick Mason, Steve Smith Sr. and Mike Wallace. The Ravens have shown they're not finished adding receivers, meeting with Eric Decker and reaching out to Allen Hurns. They also hosted restricted free agents Willie Snead and Cameron Meredith (who signed with the Saints). With Bryant and recently signed Michael Crabtree, the Ravens would infuse plenty of swagger into the NFL's No. 29 passing attack. -- Jamison Hensley

The Saints could be a dark horse contender for Bryant because they've put such an emphasis on improving their receiving corps this offseason and missed out on high-profile targets such as Jimmy Graham and Nelson. But they have filled the void over the past two weeks by signing Meredith and tight end Benjamin Watson. And they don't really have the salary-cap space to afford Bryant right now. – Mike Triplett