Baker Mayfield, Saquon Barkley and Sam Darnold have drawn and will continue to draw plenty of buzz this NFL season. How have the rest of the players drafted in 2018 fared so far?

NFL Nation reporters detail how every player picked in the 2018 draft has looked in training camp and their chances of playing this season. Check out evaluations on each team's top pick below -- listed in order of each team's first pick in the draft -- and click the links to view the full posts.

Quarterback Baker Mayfield has played well, completing 18 of 33 passes for 287 yards and two touchdowns through two preseason games. Despite being the No. 1 overall pick, the plan is for Mayfield to be the backup to Tyrod Taylor this season. Read more.

Running back Saquon Barkley has looked every bit the No. 2 overall pick before tweaking a hamstring in practice last week. A 39-yard run on his first carry of the preseason was the clincher, and there doesn't appear to be any panic about the injury. Barkley is expected back soon. Read more.

The Jets couldn't be happier with quarterback Sam Darnold, who plays with uncommon poise for a rookie. He has been getting the majority of the first-team snaps in practice and could wrap up the starting job with a strong showing in the third preseason game. Some people in the building believe it's his job to lose. Read more.

Bradley Chubb, picked No. 5 overall, is already a starter and has made plenty of plays, including his tackle of Bears quarterback Mitch Trubisky for a safety this past weekend. Chubb has impressed his older teammates not only with his athleticism but with his work ethic. Read more. 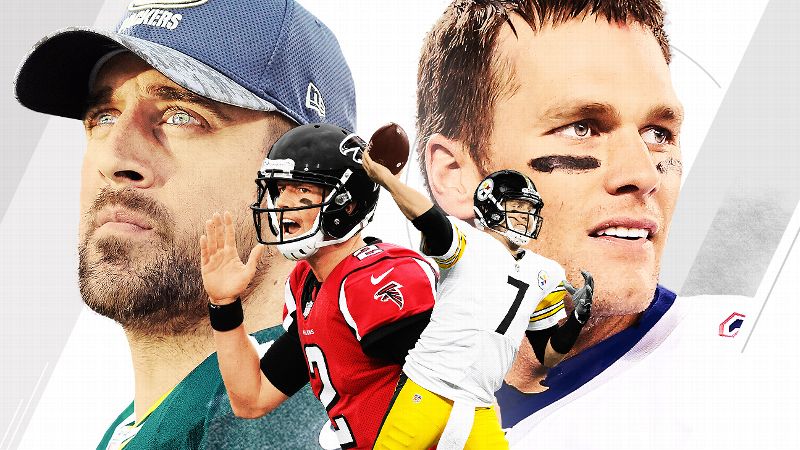 Quenton Nelson, the first offensive lineman taken in the April draft, has been the starting left guard since the first time he took the practice field during offseason workouts. Read more.

Josh Allen has a 56 percent completion rate this preseason, the same mark that drew criticism in college, and has averaged 5.5 yards per pass attempt but has shown flashes of his athleticism and arm talent. He rotated with Nathan Peterman in the Bills' first practices this week. Read more.

Linebacker Roquan Smith is finally in camp and expected to make his pro debut on Saturday against the Kansas City Chiefs. He hasn't been able to show much after a handful of practices, but the Bears remain optimistic he will be a linchpin for their defense for years to come. Read more.

Mike McGlinchey stepped into the starting job at right tackle immediately, and though he has had some struggles in pass protection in camp, he has been solid and figures to hold that job for the foreseeable future. Read more.

Josh Rosen made strides in his second preseason game, completing 10 of 16 passes for 107 yards and a touchdown, along with a 102.9 rating. It was a big improvement over Week 1, when the No. 2 line struggled to protect him and had issues snapping him the ball. Read more.

Defensive back Minkah Fitzpatrick immediately made his presence known as a versatile chess piece who can play slot cornerback, safety and as a specialty player in nickel and dime defenses. The Dolphins love Fitzpatrick’s ability to absorb the defense, play fast, cover tight ends and make plays on the ball. He’s expected play a lot in Year 1 and be a core piece for a long time in Miami. Read more.

Defensive tackle Vita Vea suffered a strained calf at the beginning of camp and has not returned to practice. He has shed his walking boot and is not expected to miss any regular-season games. He's also kept his weight down. He's not getting actual football reps now, so it might be some time before Vea's true impact is felt. Read more.

Daron Payne has been everything the Redskins could have hoped for and more. Payne provides a presence in the middle of the defense, thanks largely to his strength. He’ll start at nose tackle and play tackle in their nickel package. Read more.

• Will top WRs on new teams pan out?
• Bears QB Fields set for success in Year 2
• Raiders RBs heart of new offense
• Falcons rookie QB Ridder settling in
• Why Eagles are out to protect QB Hurts

Marcus Davenport should make his preseason debut Saturday after he missed more than two weeks with an unspecified injury. The Texas-San Antonio product has been a bit of a developmental project, as the Saints expected. But they have credited him for gaining weight and strength this offseason and showing growth on the field and in the classroom. Read more.

Left tackle Kolton Miller is as close to being firmly entrenched as the starter protecting Derek Carr’s blind side as can be at this point, especially with three-time Pro Bowler Donald Penn making the move to right tackle. There have been a few rookie hiccups here and there, but Miller's off to a promising start. Read more.

Safety Derwin James has yet to crack the starting lineup but has flashed explosive playmaking ability at times during training camp and in games. James should be a significant contributor once the regular season begins. Read more.

So far, Jaire Alexander's size (he's only a shade over 5-foot-10) hasn't been an issue. He had an early interception of Aaron Rodgers in practice and has brought a confidence and an energy to the secondary that has been contagious. Read more.

A groin injury kept Leighton Vander Esch out of the last preseason game and could limit his work this week, but he has shown the Cowboys what they want: an athletic linebacker who can cover tight ends and running backs while also stepping up in the run game. Read more.

Frank Ragnow has been everything the Lions have needed so far at left guard, settling in as a starter immediately and at times looking like the best lineman Detroit has. If it translates to the regular season, Detroit might have found a player for the next decade. Read more.

Billy Price was ready to go for camp after suffering a torn pectoral muscle at the NFL combine. Although he had a rough first week with several botched snap exchanges, he has settled into his role and will be the team's starting center on Day 1. Read more.

Linebacker Rashaan Evans was expected to compete for a starting spot and split first-team reps with veteran free-agent addition Will Compton. An undisclosed injury has caused Evans to miss the past two weeks of practice. Evans started to do upper-body conditioning by working with a weighted rope and medicine ball during practice before the Titans' first preseason game. Read more.

Isaiah Wynn tore his left Achilles on the second series of his preseason debut Aug. 16 and will miss the 2018 season. Wynn projected as the team's top backup left tackle and left guard this year, and he was even getting some work at right tackle with the top unit before the injury. Read more.

As advertised, yards after the catch are DJ Moore's strength. He just hasn't shown it consistently. Moore would be the fourth receiver, perhaps fifth, considering how 2017 second-round pick Curtis Samuel has performed this preseason. Read more.

Hayden Hurst has lived up to expectations. The first tight end selected in the draft, Hurst is working with the starting offense and will make an immediate impact. Read more.

Calvin Ridley has been every bit the first-round pick the Falcons had hoped for with his smooth route-running and sure hands. His explosive ability has led to coach Dan Quinn giving Ridley serious consideration as the primary kickoff returner. Read more.

Running back Rashaad Penny is recovering from surgery on a broken finger. Coach Pete Carroll has said that Seattle's top pick is expected to be ready for Week 1, but his absence in the meantime all but assures Chris Carson will begin the season as the starter. Read more.

Safety Terrell Edmunds' athleticism, range and mental approach have Pittsburgh seeking creative ways to get him on the field. No one who's watched camp thinks the Steelers made a mistake drafting Edmunds No. 28 overall. Read more.

Calais Campbell called Taven Bryan the best rookie he's seen in his career. Bryan has worked mainly behind Campbell and just soaks up information. Bryan missed the first two preseason games with an abdominal strain, but he should be back for the third. Read more.

Mike Hughes has earned expansive praise from Vikings coach Mike Zimmer over his early contributions. Minnesota is loaded at corner, and while it was anticipated the UCF product would make his biggest impact on special teams as a rookie, Hughes has given the Vikings every reason to consider him for a sizable role in the secondary. Read more.

With Justin Houston and Dee Ford entrenched as the starters, second-round pick Breeland Speaks won’t be a regular but will still get a share of the snaps. He needs to refine the pass-rush moves he has and add a couple, but he could be a starter by 2019. Read more.

Tight end Dallas Goedert has been one of the real bright spots of camp. He has made the transition from South Dakota State to this point, showing off the athleticism and playmaking ability. His body type and movement are so similar to Zach Ertz's, it's hard to tell them apart on the field. Read more.

Safety Justin Reid is competing with veteran Kareem Jackson to start at safety alongside Tyrann Mathieu. Regardless of whether Reid begins the season as the starter, he will be on the field often. Read more.

The Rams didn't have a first round pick, but third-rounder Joseph Noteboom is developing nicely. Read more.