There was a time in NFL history when trading two first-round draft picks for one player wasn't all that uncommon. Times have changed, however, and Saturday morning's blockbuster deal between the Chicago Bears and Oakland Raiders merits a special place in the recent history of pro football.

The deal, which will send pass-rusher Khalil Mack to the Bears, is the first trade in nine years to involve two first-round picks going to one team for a veteran player. It is just the ninth in the past 32 years, dating back to 1986.

The list below is filtered for the acquisition of veteran players at that price, and not when teams received that compensation in cases involving the franchise tag (such as the Dallas Cowboys' acquisition of receiver Joey Galloway in 2000) or deals to move up in the draft (such as the deal that eventually brought quarterback Robert Griffin III to the Washington Redskins' in 2012.)

The Bears capitalized on Cutler's clash with new Broncos coach Josh McDaniels, acquiring a 26-year-old Pro Bowl quarterback whom they thought would fill a decades-old hole at the position. Cutler broke some of the team's individual passing records, but in seven years as the primary starter, he took the Bears to the playoffs only once. Worse, a 2014 contract extension essentially forced the team to keep him at least one year longer than it wanted to. The deal was a big and credible swing, but it missed. The Broncos took three years to find a suitable replacement, signing Peyton Manning in 2012.

In hindsight, it's incredible that the Dolphins gave up so much for a 25-year-old workhorse running back with a mercurial personality along with at least a hint of the off-field issues to come. What was originally a deal for a first- and a conditional third-round pick was upgraded to a pair of first-round picks because of Williams’ productivity. The Dolphins rode him incredibly hard during his first two seasons there, giving him a league-high 775 carries and another 97 touches on receptions, and he was never the same. He retired for one season (2004) and missed another (2006) because of a league suspension. In the end, the Dolphins had three winning seasons in the nine-year span he was with them but only one playoff appearance. 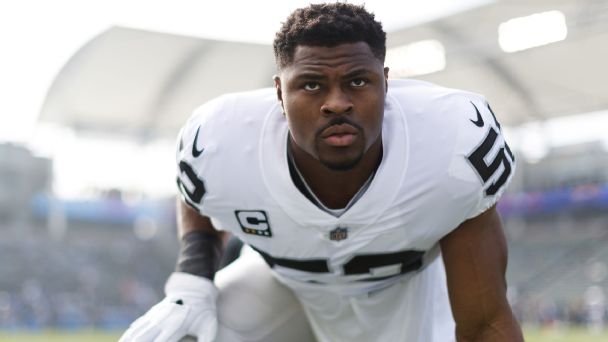 It's hard to argue with the Buccaneers' trajectory after making this trade. They made the playoffs in each of the next three years with Johnson as their leading receiver, capped by a victory in Super Bowl XXXVII. The Jets turned to less vocal targets in their passing game, primarily Laveranues Coles and Santana Moss, in the process of making four playoff appearances during the next six seasons.

A deal that was four years in the making -- the Falcons considered drafting George at No. 1 overall in 1990 before trading the pick to the Colts -- didn't end well. The Falcons did make the playoffs in 1995, but George was suspended early in the 1996 season after he clashed with coach June Jones in a famous sideline dispute. The Colts, meanwhile, used the 1995 first-round pick they acquired in this deal to draft future Hall of Fame receiver Marvin Harrison.

This trade has gone down in history as perhaps the most lopsided in NFL history. The Cowboys actually received three first-round picks, and overall parlayed the bounty to build a team that won three Super Bowls between 1992-95. Walker helped the Vikings to a playoff berth in 1989, but at 27 he was already on the downside of his production curve and moved to the Philadelphia Eagles for the 1991 season.

Young was a Pro Bowl player who was squeezed out of the Seahawks' plans after the arrival of Brian Bosworth in 1987. Young requested a trade. The deal was a disaster for the Colts, however. Young managed only two sacks in his first two years, and then dislocated his hip in 1990. He never played again. In the big picture, the trade didn't help the Seahawks, either. They missed the playoffs for 10 consecutive seasons between 1989-98.

The Colts got an immediate bump from this mid-season trade, clinching a playoff berth for the first time since 1977. Dickerson went onto win the NFL rushing title in 1988 but injuries slowed him down after that, and the Colts did not return to the playoffs before he moved on after the 1991 season. The Rams were able to restock their roster, and they made the playoffs in 1988 and the advanced to the NFC Championship Game in 1989. But overall the impact was limited. They missed the playoffs for the next nine consecutive years.

After years of bouncing between veteran stopgap quarterbacks, the Rams capitalized on the Oilers’ contract impasse with Everett, whom they had made the No. 3 overall pick of the draft. Everett led the Rams to the playoffs in three of his first four seasons, making the Pro Bowl in 1990, but they did not make the postseason again until six years after his departure. The Oilers kept motoring on with future Hall of Fame quarterback Warren Moon, making the playoffs for seven consecutive seasons after the deal.