OKLAHOMA CITY -- Russell Westbrook darted off a pick-and-roll in the third quarter and was immediately swarmed by two Toronto Raptors. Trapped on the sideline in front of the Raptors bench, he desperately hunted for an option before finally resigning to call a timeout. He started to yell something at someone, but instead slammed the ball on the floor. Then, for good measure, spiked it again as he walked away.

It was a night of frustration for Westbrook. He tried to spark a comeback with his trademark will and relentless determination, but alas, the Raptors handed the Oklahoma City Thunder their first home loss, 112-102.

Westbrook finished with 36 points, 7 rebounds, 7 assists and 8 turnovers and led a charge from 13 down in the fourth quarter, cutting the lead to four with 4:30 left, but he couldn't gear down when he needed to. He lost the ball going up for a layup in transition that would've cut it to two, then turned it over again, then took two difficult 3-pointers in a row. Meanwhile, the Raptors scored eight straight to take control.

"This is what we're going through right now," coach Billy Donovan said. "This is part of this team's growth."

It is a completely overhauled way of playing for the Thunder, and opposing defenses know it. The Raptors blitzed and trapped Westbrook, forcing him to either play in a crowd or pass and rely on others. And as the Raptors know (along with most everyone else), Westbrook doesn't mind playing in a crowd. Donovan referenced the Thunder's bigs needing to build a better "connection" with Westbrook in these situations, giving him somewhere to go so the Thunder could play advantage basketball after the trap.

"I've just got to get away from the sideline," Westbrook said.

By contrast, the first quarter might have been the Thunder's best 12 minutes of the season. They roared to a 12-0 start, blanketing the Raptors on defense and pinging the ball around on the offensive end as well as they ever have. That all dissolved in the second quarter as the Raptors dropped 42 points and the Thunder's offense got bogged down. As the Raptors took the lead, and then began to expand upon it, Westbrook couldn't stand idle any longer. The 3s started coming in bunches, and while he scored enough to keep the Thunder close, the team started to lose its way.

"We got caught in a situation where we took too many 3s, to be honest with you," Donovan said. He wasn't referencing any one player in particular. 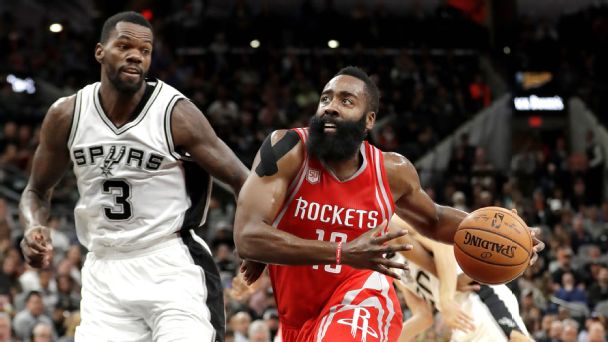 Westbrook, though, attempted 12, continuing a trend of shooting more than he ever has. He said in training camp that even with the exodus of shooting from the team, he didn't expect to attempt more. However, he's taking them at career-high rate -- by more than two a game (6.5). It has been a longstanding flaw of Westbrook's -- as the game starts to slip, so does his willingness to let go of the ball. He assumes more responsibility, often to a fault. His never-ending assault helped to close the gap to four. But it also was part of what allowed the game to eventually get away.

It didn't help there wasn't much support for Westbrook. He watched as Andre Roberson missed a dunk and a couple of layups. Victor Oladipo hit five 3s but wasn't much more than a spot-up shooter. Enes Kanter wasn't his normal productive self, scoring eight points without an rebound in 19 minutes. It was the kind of night so many expected for the Thunder, with Westbrook trying to do almost everything, admirably so, and eventually running out of gas.

Some saw the Thunder's 6-1 start as a mirage, a scheduling perk that favorably set them up for success. They beat the teams they were supposed to, and one they weren't. On Wednesday there was the obvious fact the Thunder ran into a very good team. They also were rather self-destructive. In the past, they had a margin for error because of the overwhelming offensive talent they possessed. That's no longer there. For the Thunder to compete against the big boys, Westbrook has to stay as close to perfect as he can. And just by his very nature of playing without conscious, fear or remorse, that's sometimes near impossible to do.