The successful athlete can shut out distractions and perform at the highest level.

It's no easy task, but neither is making it to the big leagues.

Freddy Galvis, the Venezuelan shortstop for the Phillies, is finding success despite turmoil in his home country.

While he has always been a top defensive player, the Phillies are now getting more production from Galvis' bat. In 45 games played, Galvis has figured out the timely hit, resulting in 24 runs batted in. That's good enough for third on his club, behind Maikel Franco and Aaron Altherr and the increased production has helped Galvis stave off the franchise's top prospect, J.P. Crawford.

Given Galvis' stick–to–itiveness, his roots and his story, no one should be surprised.

'Omar was my hero'

The strong baseball culture of Venezuela is stamped all over Galvis, and Venezuelan great, Omar Vizquel, showed the way. 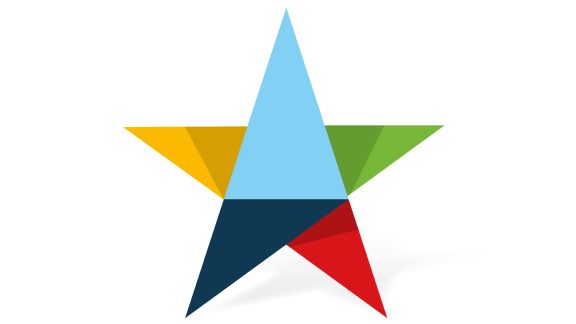 ESPN's season-long look at how the game and Latino culture intersect.

Manny Machado is the face of baseball's new identity

"For a long time, since I was a child, Omar was my hero," Galvis stated, guessing that Vizquel may have helped create the current generation of Venezuelan players, who numbered 65 among MLB’s Opening Day rosters. "Watching that type of player is an inspiration. Other players also looked up to him."

It was a snub that took place in Venezuela's capital, Caracas, that set Galvis on his path to becoming a professional. Only 11, he was picked to go to a baseball camp limited to the top players in the country. Galvis traveled with his father over 327 miles from his hometown of Punto Fijo to attend.

"Once I got there, they didn't even let me practice," Galvis recalled. "They never gave me a chance. I returned home after those four days very upset, but determined to be a baseball player one day."

It made him work even harder. Galvis went on to represent Venezuela and Punto Fijo in 2004 in Junior League (the next level up from Little League for 14 and 15 year olds) losing to a team from Florida in the final. He batted .500 while leading the Paraguana team of Falcon, Venezuela, to the 2006 title in the Senior League (15 and 16 year olds).

Galvis grinded his way to the major leagues, and every step along the way he struggled to prove himself because of his height of 5 feet, 10 inches -- small by today's megastar shortstop standards.

"That builds fortitude and strength, because some people will always doubt you, but you have to use that to keep going and come out ahead," Galvis stated.

It helps to have support from fellow countrymen. The Phillies feature five other Venezuelans, including second baseman Cesar Hernandez, who has known Galvis since childhood.

"[Baseball] is the principal sport in Venezuela, and that's why we produce so many good players," Galvis said. "Venezuelans seek any place to play -- a field, an empty spot of the street. We grow up that way. That's how to improve."

Galvis missed out on the chance to play for Venezuela and his hero, Vizquel, who was the team's coach, in the recent World Baseball Classic because of a groin injury. Still, he supported the team from afar.

It's also from a distance, given his career in MLB, that Galvis, with increasing concern, has monitored the political protests in Venezuela. The country's financial crisis is so bad that recent national findings show 81 percent of the country is in poverty and many eat only one meal a day. Diverse political factions have vented their frustration at President Nicolas Maduro, and many of the protests have turned violent.

"The political opposition is now demanding early presidential elections -- a right protected by the Venezuelan constitution," explained Rebecca Hanson, a PhD candidate and a noted expert on Venezuelan studies. "There is a massive economic crisis in the country, which has impacted Maduro's popularity rate. He currently has a popularity rate that hovers around 20 percent."

Given the troubles in Venezuela, the MLB players from there turn to each other more than ever. At this point, all are hoping the volatile situation in their country, where both protesters and authorities have been wounded and even killed, finds a peaceful resolution.

"It's very hard,” said Atlanta Braves first-base coach and former MLB player Eddie Perez, saying it's difficult even for professionals to stay focused on games. "I'm not playing any more, but I can see Ender Inciarte and others playing every day. They're very worried."

'They're in a calmer place'

Galvis did feel some relief that most of his family is isn't too close to the epicenters of crisis.

"They're in a calmer place in Punto Fija," Galvis acknowledged. "It's a calmer city, but there's always a lot of uncertainty."

Perez said it's especially difficult for players to decide whether to involve themselves in political situations. Some players fear reprisals against family members.

"I don't want to get in trouble," Perez stated. "Everyone is worried. Every day, [Venezuelan] players from other teams ask me about my family back in Venezuela. It's hard for us. Being here, we can't do anything. All we can do is say something. It's very tough. Hopefully it ends soon."

Some Venezuelan players have taken to the internet to voice their opinions.

"Social media is extremely important for contemporary protests but is particularly important in the case of Venezuela," Hanson said. "Most of the media networks inside of the country are controlled by the government."

Iniciarte has been one of the Venezuelan players who is vocal on Twitter about the situation, posting on May 11 asking what else the Venezuelan people could possibly do to be heard.

Galvis reposted one of Inciarte's Instagram posts about the protests May 3, writing an impassioned note in the comments about how much Venezuela needs help and how desperate parents are to feed their children and young people are for a better future.

The protests in Venezuela may bring about governmental change.

"Given Maduro's popularity rate and the current economic crisis, it seems likely that these protests will successfully bring about presidential elections this or next year," Hanson predicted.

Until there is more peace in their country, it is likely that Galvis and all the Venezuelan MLB players will struggle to stay focused on the game, even one they love dearly.

'It affected me a lot'

The shortstop has had to put distractions aside before, as well. Last year, after hitting 9-year-old Siena Eden, a young female fan, with a foul ball, Galvis appealed to the Phillies organization to extend the protective netting in front of the stands.

He admitted to still being haunted by the memory whenever he goes to bat, though he has worked hard to overcome it.

"At the time, it affected me a lot," Galvis said. "People's health is important -- protecting fans young and old in the seats. Injuries can happen, even to death. It's hard to concentrate and not think about that."

Eden recovered after her lip was stitched and her broken teeth fixed, but Galvis, who has a young daughter of his own, Anastasia, still wants more netting.

"I think [the Phillies] can do more. They can do more to make sure that all the fans are safe."

In the U.S. or in his homeland, Galvis wants people to be safe. It's a dream he doesn't have direct control over, unlike his dream of being a big-league player and an inspiration to others in Venezuela.

"I had natural ability, but I worked very hard, as well," Galvis said of his success. "I've always said that dreams can come true -- working hard and keeping your goals in mind."