It was a Tuesday smack in the dog days of Philadelphia Eagles training camp, and Carson Wentz's throws were exploding out of his hand.

At the helm during seven-on-seven drills, Wentz unfurled three heat-seekers in a row: to Mack Hollins along the sideline, across the middle to Greg Ward, and over traffic and into the back of the end zone to rookie tight end Dallas Goedert. It looked like progress. It looked like Wentz's throwing velocity had returned to its old form.

For some, that's enough. But the Eagles like to take things a step beyond the eye test -- especially when it comes to something as important as the physical recovery of their franchise quarterback. They're utilizing player-tracking technology in hopes it will help guide their most valued asset through a safe recovery.

The data collected from that technology revealed Wentz isn't just back to his old ways since tearing the ACL and LCL in his left knee. He has actually taken it up a notch.

"Those are things we track actually with the footballs and things that we have. We can monitor that stuff," Eagles coach Doug Pederson said. "Velocity has been up, accuracy has been up. Those are the things he's been able to work on over the course of the year."

The Eagles were first in line to have Zebra Technologies' player-tracking system installed at their practice facility in 2014. To this day, only a third of the league has followed their lead. Tags on the players' shoulder pads (or sewn into their jerseys for lighter practices) generate biometric measurements, capturing every move athletes make. A chip inside the ball calculates the velocity and spin rate of a quarterback's throws. Because Wentz has been monitored from the time he joined the Eagles, a baseline has been established for what the numbers look like when he is at full health. That provides a benchmark as he works his way back. 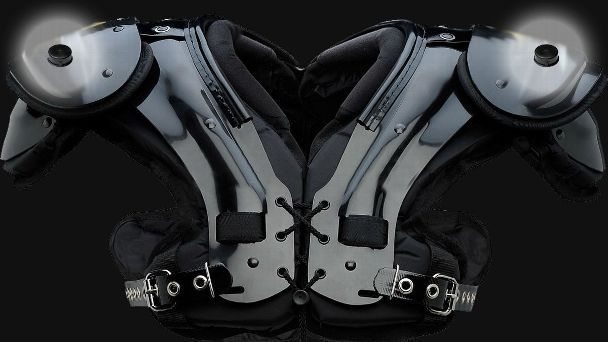 Through this technology, known as Radio-Frequency Identification, or RFID, the Eagles can also measure his acceleration as he drops back, plants, cuts and throws, and they can compare it to previous output.

"And you can see, potentially, if there is a decrement in acceleration from the previous time prior to his injury or see if ‘X’ amount of reps actually affects his stopping capability, his cutting capability," said John Pollard, vice president of business development for Zebra Sports. "And then, of course, the experts on the football performance side can determine, does that potential change or adaptation that he’s making in his footwork, does that affect his actual throws themselves? They start to marry that information together and interpret it.”

All of this information helps the trainers and coaches decide on an appropriate workload for each player in a given day or week. Backing off on an athlete when his performance numbers sag is a method for injury prevention. Players coming back from injury, meanwhile, can take some comfort in knowing they aren't being pushed into the red while setting goals based off high marks from when they were healthy.

"Everyone wants to run faster. Me coming back, that was always one of my goals was to be faster than I was when I left. I was competing in that way," said linebacker Jordan Hicks, who is back after rupturing his Achilles in October. "But when it came to load and work as a whole, it was just about being smart and knowing where I’m at and keeping myself in that sweet area.”

Hicks said he did in fact beat his previous best, setting a new mark for speed about eight months into his recovery.

"[Carson Wentz's recovery analytics] are things we track actually with the footballs and things that we have. We can monitor that stuff. Velocity has been up, accuracy has been up. Those are the things he's been able to work on over the course of the year." Doug Pederson

"It’s going to help the game so much more with the players and putting them in a position to reach their goals, and I think the biggest thing is just doing it in the most efficient way possible," said safety Chris Maragos, still on the mend from a PCL tear. "Where in the past you’re kind of calculating, ‘Oh, today was a hard day for you,’ but they don’t exactly know the numbers that are part of it ... It just really puts you in a good situation to not have setbacks.”

Weeks after the Eagles won their first Super Bowl, team architect Howie Roseman returned to Broad Street for the first time since the championship parade to speak at the Wharton People Analytics Conference at the University of Pennsylvania.

Not long into the sit-down, the conversation turned to the new frontier of player tracking.

"This is a big deal for us," Roseman said, "trying to figure out the ways to utilize the data and then putting it in forms where our coaching staff can utilize it."

The Eagles have long used data analysis to help shape their decision-making. They have a robust analytics department led by vice president of football operations and strategy Alec Halaby. Two members of that department communicate with Pederson in-game through his headset to provide statistical context to game situations, including the risk-reward of going for it on fourth down. The Eagles were among the most aggressive and successful teams on fourth down last season, highlighted by the "Philly Special" call on fourth-and-goal in Super Bowl LII.

The Eagles were also on the ground floor when player-tracking services came to the NFL, and they built a performance science staff of nine who took the lead on capturing the data and using data to help enhance performance and aid recovery.

Eagles owner Jeffrey Lurie is on record saying he believes RFID will "revolutionize the sport in the long run."

Other teams haven't been as quick to adapt. The Zebra technology is in every stadium in the NFL for game-day tracking, but according to Pollard, only a third of the teams have had the analogous system installed at their practice facilities. Zebra is hoping to get that number up to half by the end of 2018.

For the first time, a chip was placed inside the ball for every game last season. However, the NFL opted to not release the tracking data to teams. One thought is that there was concern about the competitive imbalance that might occur, with organizations well-versed in this space gaining an edge on those that haven't built up the proper knowledge base or support staff to maximize the information.

This year, the league plans to distribute the intel.

“[The NFL] is innovative as far as trying new things, for sure, but they’re patient in terms of interpreting information and how it could affect the game itself and teams themselves," Pollard said. "So there was a process of just socializing it with clubs, working through the competition committee, having discussions with that, and that’s just part of the process of making the decision. It gets very exciting when you see new technology like this, but I think the league itself is very protective of the integrity of the game, and the importance of competitive balance is primary.”

"Last year served as a test as we tracked data in every game," NFL spokesman Brian McCarthy said. "Following a review of the process and system, we are prepared this season to provide information from all 32 clubs across the league."

While some teams work to get caught up, others, such as the Eagles, will try to make the most of the knowledge gap.

“I think there is a huge advantage for teams that have spent time studying this and figuring out best ways to utilize it," Roseman said during the analytics conference. "I like when things are competitive in the NFL. Should everything be on the same level? That’s why we have a cap. That’s why we basically have the same number of draft picks. But when there’s information and you can get a competitive advantage because of people, because of intellect? Let’s go.”

Teams are finding more and more ways to utilize RFID. Tracking team tendencies by formation is automated now for those versed in the technology. They're using it to efficiently study route concepts, monitor one-on-one matchups (if you know how quickly a receiver moves compared to a cornerback, you know which matchups to avoid and which to exploit) and even improve special-teams performance by tracking players' paths to the football to emphasize lane integrity.

Pollard believes we'll begin to see coaching staffs incorporate the data more for self-scouting, personnel evaluation and game-play performance over the coming months. It will continue to be used as a piece of a larger puzzle for players on the mend. "It’s hard to say that those are always the end-all, be-all," Wentz said, "but you can definitely keep track of your workload a little bit with these fancy trackers on our shoulder pads here."