The Philadelphia Eagles addressed their biggest defensive need this offseason by trading for three-time Pro Bowl cornerback Darius Slay. But in fixing one position, did the team create a serious problem at another one? 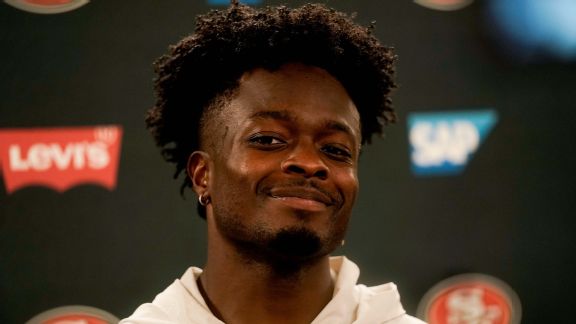 Better, worse or the same? Better

Hargrave (three years, $39 million) was the team's signature move in free agency. The Eagles believe his talents weren't fully displayed as a nose tackle in Pittsburgh's 3-4 scheme, and that his disruptive pass-rushing prowess will shine brighter in coordinator Jim Schwartz's attack 4-3 defense. Add him with Cox and a now-healthy Jackson, and you have the makings of a dominant defensive tackle group.

Defensive end is more of a question mark with little in the way of proven depth behind Graham and Barnett, who has dealt with his share of injuries over the past couple seasons. Management is putting the onus on younger players such as Sweat, Ostman and Miller to step up.

Better, worse or the same? Worse

The Eagles don't prioritize linebacker highly and it shows, with 2% of their 2020 cap spending ($4.5 million) currently committed to the position, per Spotrac data. Bradham had an injury-plagued 2019 season but was a key figure in Schwartz's defense prior to that. The Eagles are bullish on Edwards, who played 11% of the snaps and started four games as a rookie, finishing with 30 tackles.

Taylor has some impressive athletic measurables but is raw and will need time to develop.

Better, worse or the same? Worse

Jenkins, 32, was not only a do-it-all problem-solver in the back of Schwartz's defense but was also the team leader. The Eagles opted not to exercise the option in his contract, which makes sense from a long-term, team-building standpoint but leaves them vulnerable in 2020.

Mills is making the transition to safety after spending the first four years of his career at cornerback, and is doing so during an unprecedented offseason with little on-field training. Wallace and Parks are solid additions, but the Eagles are going to miss Jenkins' reliability (he played in all 96 regular-season games during his six-year run in Philly) and generalship.

Better, worse or the same? Better

Part of the reason the Eagles did not keep Jenkins is because they wanted to allocate more resources to fix their cornerback problem. They took a big step in that direction by trading for Slay and inking him to a three-year, $50 million extension. He has lockdown corner skills and will alleviate a lot of the headaches that stymied the defense last season.

The Eagles believe they acquired a top-five nickel corner in Robey-Coleman. The outside spot opposite Slay is not cemented, though Maddox seems to have a decent shot to land the gig.