PHILADELPHIA -- Eagles quarterback Carson Wentz has still not been traded, and that has people antsy.

There appeared to be momentum toward a deal over Super Bowl weekend, then it seemed to ebb, and everyone is trying to figure out what all of it means.

Deep breaths. It's early February. A Wentz trade is still almost certainly going to get done, and there's reason to believe it will happen in the near future.

While we wait, here are some things to consider:

Why the time is now (or at least soon) 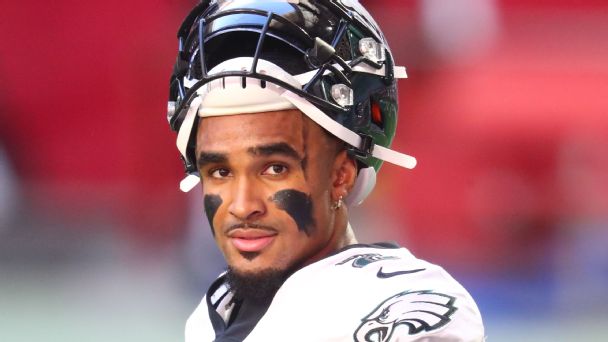 The Eagles, technically, have a deadline of March 19 to trade Wentz. They need to get him off the books before his $10 million roster bonus triggers on the third day of the league year. That's a month-plus out, giving the franchise plenty of runway.

The urgency stems from the fact that Philadelphia can't really afford to lose one of its suitors. The Indianapolis Colts and Chicago Bears are considered the two primary bidders for Wentz -- at least at the moment. Having multiple teams in the running is good for leverage. But it's not as if the Colts and Bears are completely tying their hopes and fates to Wentz. It is believed both teams are looking around at other QB options.

It is expected to be a historic offseason for quarterback movement, and there has been no shortage of names in the rumor mill, from Deshaun Watson (Houston) to Marcus Mariota (Las Vegas) to Sam Darnold (New York Jets).

If the Eagles let this drag on too long, they run the risk of one of their prospective trade partners growing impatient and making a deal for another quarterback, which would leave Philadelphia in a weakened negotiating stance with the remaining team(s).

The Eagles are looking for "a Matthew Stafford package," a source told ESPN's Adam Schefter and Chris Mortensen. The Detroit Lions traded Stafford to the Los Angeles Rams for a third-round pick this year, two future first-round picks and quarterback Jared Goff.

It doesn't hurt to shoot for the stars, but it's hard to find anyone in league circles who believes Wentz can or should command multiple first-round picks based on his game film from the 2020 season. He finished 34th in completion percentage (57.4%) and first in interceptions (15) and sacks (50) in 2020, and is set to make $47 million over the next two years.

Still, Wentz, 28, has shown in the past he has an MVP ceiling. The Eagles want significant compensation in return to account for the talent they are losing and the NFL-record $34 million dead cap hit they will incur in 2021 by trading him.

If former Eagles quarterback Sam Bradford was worth a first- and a fourth-round pick, then what is Wentz's value?

It's all about finding the sweet spot where both teams can walk away feeling mostly good about the deal.

Philadelphia has to at least consider Wentz's preference of a landing spot. If he wants to end up in Indianapolis -- and it's not a big leap to think that could be the case, particularly given his affinity for former Eagles coach, now Colts coach Frank Reich -- there's some incentive to try to accommodate the quarterback.

Allowing for a preferential team shows respect for Wentz and his agent, Ryan Tollner, who represents a number of high-profile players across the league. In turn, there's a chance Wentz would help facilitate a trade to his desired location. And it avoids the risk of Wentz potentially torpedoing a deal to another team by saying he refuses to play for it.

Those considerations should go only so far -- it's already a pretty big organizational inconvenience that Wentz wants out of Philadelphia, and general manager Howie Roseman should prioritize getting the best return for Wentz above all else -- but the easiest path forward would be if Wentz ends up where he wants and the Eagles receive fair value for him in line with what other teams are offering.

It's also worth noting that Philadelphia would be shipping Wentz out of the NFC by moving him to Indianapolis.

Why not package Wentz and Zach Ertz together?

One solution to finding proper value could be including the Eagles' veteran tight end, who is one of Wentz's best friends, in the deal. Contract talks between Ertz and the Eagles came to an impasse last offseason, and it's pretty clear at this point a split is inevitable.

Ertz, 30, was limited to 11 games because of injury in 2020 and had a down season overall, but has otherwise been a force in the league. He led the Eagles in both catches and receiving yards in each of the previous four seasons and posted more catches through the first seven seasons of his career (525) than any other tight end in NFL history.

Reich would no doubt welcome a reunion with Ertz, one of the heroes from the Eagles' Super Bowl LII win against the New England Patriots. The Colts have the salary-cap room to absorb Ertz's 2021 base salary of $8.25 million.

The Eagles would rightly expect to get a pretty handsome package back for Wentz and Ertz while freeing up some cash moving forward.

Maybe it proves a bit too complicated an endeavor to include both players in a package, but it's at least worth discussing, and might get us closer to ending Wentz Watch 2021.