PITTSBURGH -- All season, the Pittsburgh Steelers have answered questions about Le'Veon Bell's absence and potential impact on the offense upon his return.

More On The Steelers 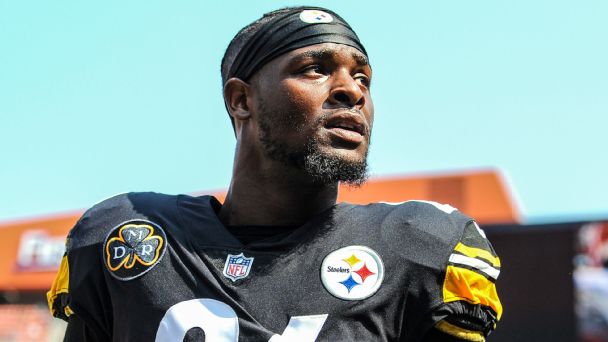 • How we got here with the Bell saga
• How Steelers, Bell both win the divorce
• Execs predict what's next for Bell

• Roethlisberger has Steelers on a roll
• Inside tumultuous week with Steelers

Those questions could end this week, as Bell is unlikely to report by Tuesday's deadline to sign his $14.5 million franchise tag tender, according to ESPN's Adam Schefter. Forfeiting the season might just end his prolific career in Pittsburgh, and a clean break might be necessary for both sides. The team is upset that Bell teased rejoining the Steelers by coming to Pittsburgh last week, only to balk on those plans.

The Steelers are a better team with Bell, an All-Pro.

That reality hasn't stopped the team from moving on long ago, and getting really good in the process.

"I'm not going to comment on someone who's not in this locker room right now," quarterback Ben Roethlisberger said assuredly after his brilliant 328-yard, five-touchdown performance in Thursday's 52-21 win over Carolina.

One of the hottest teams in the league should have every reason to believe it can contend for a Super Bowl with that locker room makeup.

A surging Roethlisberger with weapons everywhere

Not just playmaking weapons, but all 11 along the formation. The offensive line has been among the league's best. Roethlisberger hasn't taken more than one sack in a game since Week 3. James Conner is averaging 5.33 yards per carry over the past five weeks.

Although Bell and Conner would have formed a potent tailback duo, Conner has shown he can handle the workload and is indeed "built for this," as he said after Week 9.

Even if Conner misses time while under the concussion protocol and the running game stars Jaylen Samuels and Stevan Ridley, Roethlisberger can set up the run with the quick passing game.

Roethlisberger is poised for his first 5,000-yard-passing season along with 37 touchdowns, and he has enough balance on his offense to attack any team. With a combined 1,500 yards, the tandem of Antonio Brown and JuJu Smith-Schuster ranks fourth in the league behind the Los Angeles Rams' Robert Woods and Brandin Cooks, the Kansas City Chiefs' Travis Kelce and Tyreek Hill, and the Tampa Bay Buccaneers' Mike Evans and DeSean Jackson.

Both are legitimate primary options, but the Steelers have game-breakers elsewhere. Tight end Vance McDonald is the ideal third option over the middle as a change-of-pace, yards-after-catch hunter who's pacing for 50-plus catches and nearly 700 yards. The Steelers have six receivers with at least 18 catches, including Conner (39), tight end Jesse James (22) and Ryan Switzer (18). And slot receiver Eli Rogers could serve as a man-coverage buster upon his return from injury.

With or without Bell, this is the most versatile the Steelers have been on offense since maybe 2014.

For years, middling red zone production kept a prolific offense from averaging 30 points per game. The Steelers are averaging 31.0 points per game through 10 weeks because of their top-ranked red zone offense, scoring more than three out of every four times inside the 20, compared to about half last season.

"He’s been great -- I think we’ve worked well together," Roethlisberger said of Fichtner, his former quarterbacks coach who was elevated to the offensive coordinator job after the team moved on from Todd Haley. "There will be times when he will yell, 'You got it,' which means I’m calling one or he will call them. There is really good chemistry there; we’ve obviously known each other and worked with one another a long time. The biggest thing I tell [Randy] is he is a very excitable person, so he gets really loud in the headset sometimes, so I have to tell him to dial it down a little bit. That’s just Randy loving and being passionate about the game."

Defense playing to its identity

The Steelers were humbled after Patrick Mahomes came into Heinz Field and threw for six touchdowns on their defense in Week 2. Afterward, coach Mike Tomlin told his group they played the world's best offense, so act accordingly.

The improvement was slow, but the performance at the midseason point is what the Steelers envisioned to start the year. Steelers players love to say that "rush and coverage work together," and that plan is translating to the field.

The Steelers have recorded 18 sacks during this five-game winning streak, including six against Atlanta and five against Carolina, both blowouts at home. Pittsburgh's defense is predicated on front-seven pressure, and as a result, the pass defense is getting Pittsburgh off the field 63.1 percent of the time on that down, good enough for a top-10 ranking.

"We knew what we could be," said slot corner Mike Hilton, who's been fantastic this season.

The Steelers beat up on Carolina's offensive line, with Cam Heyward (2.0 sacks) looking like his 2018 self. T.J. Watt has been the most consistent pass-rusher, but Stephon Tuitt and Bud Dupree have had stellar moments the past three weeks. Linebacker Vince Williams recovered from a rough first series against Carolina with an interception return for a touchdown and a blitz sack. And Sean Davis has settled into his free safety role nicely to complement Joe Haden and others.

The Steelers hold the No. 2 seed in the AFC playoffs thanks to the New England Patriots' Week 10 loss to the Tennessee Titans.

Securing a playoff bye for the second consecutive year is very much in play despite the 1-2-1 start. Three of the Steelers' next four opponents have losing records before a daunting three-game stretch of New England, New Orleans and Cincinnati awaits.

If the Chiefs host the AFC title game, the Steelers would enter Arrowhead Stadium with confidence. They've won their past two games there, including a playoff game coming off the 2016 season. Plus, Roethlisberger has been better on the road this year, throwing six touchdown passes to one interception in his past three games outside of Heinz Field.

Winning the AFC North helps January positioning, and the 6-2-1 Steelers hold a substantial lead over the 5-4 Bengals.