PITTSBURGH -- All the Pittsburgh Steelers were left with after dealing arguably the game's best wide receiver were a few modest draft picks and $21 million in dead money.

Antonio Brown pulled off a savage power play, sabotaging his own trade value while making himself untenable in Pittsburgh on his way to earning nearly $20 million in raises and more than $30 million in guarantees from the Oakland Raiders.

Brown's body slam off the top rope left the Steelers with minimal options. They wanted a first-round pick but would have done a deal days ago if they had it. Brown's behavior in interviews and on social media, coupled with his contractual demands, handcuffed the team, which already had worsened the dead-money hit by restructuring Brown's deal a year ago.

The whole mess was quicksand for Pittsburgh, which had the option to hold onto Brown and fine him all offseason, knowing Brown wouldn't retire and would be forced to pay back more than $11 million in signing-bonus money. But both the Steelers and Brown knew they didn't want the headache. Cutting him would have saved up to $15 million in cap space, but then Brown would be free to sign with a chief rival. 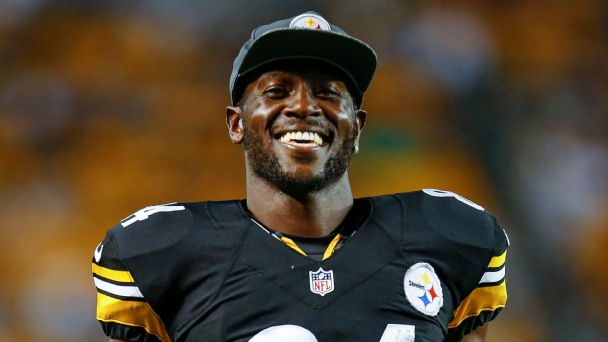 This was a salvage job all the way. So many teams backed out. The Philadelphia Eagles were players but not serious enough.

But there are positives to spin forward for a proud franchise.

The team now is armed with 10 picks in April's draft that it can use on defensive needs and to bolster the receiver position behind JuJu Smith-Schuster. The offense will have several options in a balanced attack featuring tight end Vance McDonald, second-year receiver James Washington and tailbacks James Conner and Jaylen Samuels.

The Steelers will continue to build around quarterback Ben Roethlisberger, who is expected to sign a mega-extension in the coming weeks. Roethlisberger's public criticisms of Brown and other teammates can be debated, but he is all-in with the Steelers and can't be held accountable for Brown's path. He is the last Killer B standing.

The loss of tailback Le'Veon Bell and Brown in back-to-back years will be felt by the Steelers' offense. Replacing historic production takes time. But a reimagined attack and a calmer locker room might be enough to rally a team eager to rediscover its edge.

The Steelers will have to be judicious in free agency. The team has $12.1 million in salary-cap space, according to the latest report from the National Football League Players Association. Pittsburgh can identify corner help or add a veteran receiver such as speedster John Brown. But don't expect the Steelers to go wild.

The chemistry component can't be ignored. Though Brown was well-liked in the Steelers' locker room, players have had enough with the turmoil. Guard Ramon Foster said on Sirius XM NFL Radio over the weekend that the Steelers don't want to be known as the Kardashians of the NFL. This is their chance to redirect that storyline. The locker room is well-stocked with low-key, hard-working guys.

Brown's departure is a bitter ending to what should have been a celebrated tenure.

The player has left a serious wake that Pittsburgh must navigate, and it won't be easy.

Perhaps the Steelers, as a team, will find ways to improve.