The minor league sports landscape is littered with teams that sprout up full of hope … only to bottom out financially within a year or two. 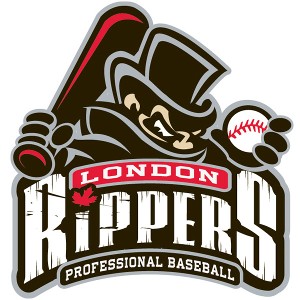 Their stories of financial woe become part of sports lore -- players race each other to the bank to cash paychecks before they bounce, wash their own uniforms and subsist on ramen noodles and mayonnaise sandwiches.

But what happens after a team goes belly up?

Unfortunately for the staff and players of the London Rippers baseball club of the independent Frontier League, that scenario became reality last Tuesday when the team officially ceased operations.

“Commissioner Bill Lee addressed the team before the game and explained options to the players,” Rippers spokesman Matt Dumouchelle said. “Everyone became a free agent at 12:01 on Wednesday.”

The team, which was based in London, Ontario, fought an uphill battle from its inception. There was controversy over the Rippers nickname, which evoked Jack the Ripper, the infamous serial killer in 19th century England. The club was unable to secure a license to sell alcohol -- despite playing at Labatt Park, named for the Canadian brewing giant. Ultimately, although ticket prices topped out at $14, not enough fans ventured through the turnstiles for the team to make a go of it.

Dumouchelle said rumors about the team’s demise had been swirling prior to Tuesday, and about a week before the team folded, it was evicted from its team store. But players, coaches and staff didn’t officially learn the team was ceasing operations until prior to Tuesday’s game in Washington, Pa. Then the team took the field for one last hurrah, which it lost 4-0 to the Washington Wild Things, dropping London’s record to 25-35.

Dumouchelle estimated that about 10 former Rippers players had been picked up by other pro teams. The remaining players from the Rippers roster were offered spots on the Road Warriors barnstorming team that will play out the Rippers schedule in order to accommodate the league’s 13 other teams.

The team has received a number of inquiries about team merchandise, but Dumouchelle didn’t know whether the team would accept new orders.

“There seems to be more interest is getting merchandise now than when the team was going.”

The Rippers are the fourth pro baseball team to fold in London, and the city stands to lose upward of $200,000 by the team’s collapse. But Dumouchelle still thinks baseball can survive in southwestern Ontario.

“I believe it can,” he said. “Certainly history shows it’s hard to do. The London Werewolves won the [1999 Frontier League] championship in their first season and went out of business two years later. But with the right model and the right plan, I’m sure it could work.”

The ghost of the team remains online, as the club’s Twitter feed and Facebook page still exist. Regardless of whether the team was mismanaged, Dumouchelle said everyone involved with the franchise was extremely disappointed that the team was gone.

“I had an absolute blast doing public relations for this team,” Dumouchelle said. “The guys on the team became like family.”