SANTA CLARA, Calif. -- After watching helplessly as starter after starter was lost to injury during the lost 2020 season, San Francisco 49ers coach Kyle Shanahan and general manager John Lynch vowed to prevent it from happening again.

Based on their 2021 draft class, Lynch and Shanahan put actions behind their words, putting an emphasis on durability for all eight of their drafted rookies.

"What I've learned with some of our luck here, especially last year ... when too many of those add up, it's hard to compete," Shanahan said. "And I think that hit us harder than anything last year. That hit us before COVID and that's something we can't do again. So, we're not saying that we'll never take a risk again or anything, but we definitely wanted to make a point because of what's happened the last couple of years, at least to try to avoid that.”

Indeed, Shanahan and Lynch have no control over injuries in a sport in which they are commonplace. And while past injuries aren't a surefire predictor of future issues, it's at least one thing for the 49ers to take into account when building their roster. 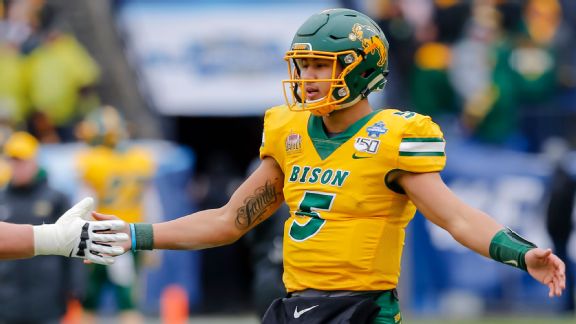 A list of games played and games possible for 49ers picks in the past five draft classes.

Note: Games possible is based on once players had established roles, especially necessary to note for OL.

Based on information available to ESPN, the eight players the Niners drafted this year had 305 total college games they were expected to play in after they had become regular starters or contributors. Of those 305 games, San Francisco's draft class combined to play in 284 of them, or 93%.

Perhaps it's no surprise the three players who did miss games -- Ohio State running back Trey Sermon, USC safety Talanoa Hufanga and Louisiana running back Elijah Mitchell -- played positions where high-speed collisions were commonplace. None of them had any serious injuries requiring extensive rehabs.

Sermon had a lateral collateral ligament injury in 2019 that cost him four games, while Hufanga (broken collarbone) and Mitchell (Lisfranc) missed multiple games in 2017. In fact, some of the players who didn't miss games had more serious issues, including Banks' offseason foot surgery in 2019 and Thomas' bout of colitis in 2019 that left him down 35 pounds. Neither missed games because of those ailments.

That this year's class comes with a relatively clean bill of health was not a coincidence. The 49ers seemed to begin putting more emphasis on durability starting with the 2020 class. That five-player group, led by defensive tackle Javon Kinlaw and receiver Brandon Aiyuk, played in 216 of a possible 233 games, also 93%.

But this offseason, the 49ers went so far as to tweak their grading process of draft prospects to add more weight for reliability.

"We did tangibly change some things, like our grading process," Lynch said. "Not what the doctors are telling us, but how it's delivered just to make it clear. Like, 'OK, is this grade with a high risk or low risk?' Just really clarifying that, and I think that was a positive step because it made probably easier. Like we're not touching these guys, the ones that were really bad.”

These two classes come on the heels of two straight drafts in which the 49ers were willing to take more risk on players with recent track records of injury. The 2019 class had 78% college games played, with top pick Nick Bosa coming off a core muscle injury and wideout Deebo Samuel having missed 21 games with hamstring and leg injuries. The 2018 group appeared in 85% of possible games but also included riskier picks such as defensive lineman Kentavius Street, who suffered a torn ACL in a pre-draft workout, and safety Marcell Harris, who missed the entire 2017 season with an Achilles injury.

Bosa, Samuel, Harris and Street all remain on the roster, but those two classes offer the type of difficult decisions the draft can present. Neither Shanahan nor Lynch wants to pass on potential elite talents based on previous injuries unless those issues appear to be things that could linger long term.

What you need to know about the San Francisco 49ers:

Bosa and Samuel are two of the key players who missed extended time in 2020, combining to play nine of a possible 32 games, and their absences were felt throughout the season.

Therein lies the debate the 49ers face when looking at potential draftees. How much value should they put on players with no significant injury histories? Where do they draw the line on what's considered a risk and what isn't? And at what point in the draft is it worth rolling the dice on players who might have more injury red flags?

They've seen it from both sides in the draft and in free agency, where a low-risk signing such as cornerback Jason Verrett paid off but a high-profile sign-and-trade such as end Dee Ford has not.

It's all part of an uncertain calculus that has no definitive answer.

"Sometimes you debate it the whole time, and I've been a lot of places where a guy we love is taken off a board and then you watch them go play somewhere else for 10 years and you've got to go against them and you're like, 'Man, I'm never doing that,'" Shanahan said. "And then we've been here and we've had a few guys we've had injuries issues with or they've had a history, but we like the player and we're willing to take that risk and some have worked and some haven't."