SANTA CLARA, Calif. -- Throughout his first four years as the San Francisco 49ers' coach, Kyle Shanahan grew accustomed to seeing the NFC West rival Los Angeles Rams make one bold trade after another. Brandin Cooks, Marcus Peters and Jalen Ramsey are just three of the big-name players the Rams have acquired since Sean McVay took over as coach in 2017.

While the Niners had some mild interest in a couple of those players, they never found themselves in a bidding war with the Rams for any of them. That changed last week, when the 49ers and Rams engaged in a battle to acquire star running back Christian McCaffrey.

The Carolina Panthers initially sought a first-round pick. But over the course of roughly a week, the price dropped -- key since neither the Niners or Rams has a first-round choice in the 2023 draft -- and it became clear that it would be a showdown in the NFC West to land McCaffrey.

When it all came together Thursday night, the 49ers won out, acquiring McCaffrey for second-, third- and fourth-round picks in 2023 and a fifth-round selection in 2024. While McCaffrey's talent was the primary reason the Niners pursued him, neither general manager John Lynch nor Shanahan deny how Los Angeles' aggressive approach has affected them on the field and deepened their desire to keep McCaffrey away from the Rams, whom they'll face at SoFi Stadium on Sunday (4:25 p.m. ET, Fox).

"I'm glad he's not there," Lynch said. "I always say, 'Hey guys, it's about us.' ... If you're so focused on your opponents, you're not going to do very well. But I also know the fastest way to success in our league is winning your division. And so, in part, it seems like a lot of these situations end up where it's us against them in these things, and I'm sure glad he's here and not there."

That happiness is rooted partly in the fact that the Niners were on the other side of a similar scenario in January 2021, when the Detroit Lions made quarterback Matthew Stafford available.

Before the 49ers could make a significant offer, the Rams struck, sending quarterback Jared Goff, a third-round choice and two first-round picks to the Lions for Stafford. After the deal, Stafford said on Ramsey's podcast that he believed he was going to be a 49er, and Shanahan has lamented not being more aggressive in trying to get him. In his first season with the Rams, Stafford led them to a Super Bowl victory, knocking off the Niners in the NFC Championship Game to get there.

Even before the Stafford deal, Shanahan had recognized that the Rams wouldn't hesitate to pull the trigger on such a big move and that other teams were willing to part with once-precious draft personnel. The Seattle Seahawks traded multiple first-round picks for safety Jamal Adams in 2020 and the Arizona Cardinals dealt a second-rounder for wideout DeAndre Hopkins that same year.

Missing out on Stafford seemed to change that mindset.

Less than two months later, the 49ers traded three first-round picks and a third-round selection to jump nine spots in the 2021 draft and select quarterback Trey Lance. It was the first trade the Niners made since Shanahan and Lynch took over in 2017 in which they dealt away future first-round picks.

"It just wasn't like how I think it was for all of us 10 years ago to go, even 15 years ago when that stuff was unheard of," Shanahan said. "You didn't even discuss it. It's always a risk in everything you do, and sometimes it's a risk not doing it. But anytime you have examples, like ... the Rams have given them to us almost every year, but I watch other teams who have done it too and it's nice to watch people do it and see what's good from it, what's bad from it."

When McCaffrey's name first surfaced on the trade block a couple of weeks ago, many were quick to connect him to the Rams. They had a glaring need at running back and for someone to lighten receiver Cooper Kupp's workload. The Niners were brought up, too, partially because of Shanahan's interest in McCaffrey in the 2017 draft as well as the ties between their families.

Given the Rams' reputation for closing deals, Lynch tried his best to wrap up a trade for McCaffrey while the Niners were staying in West Virginia between Weeks 5 and 6. 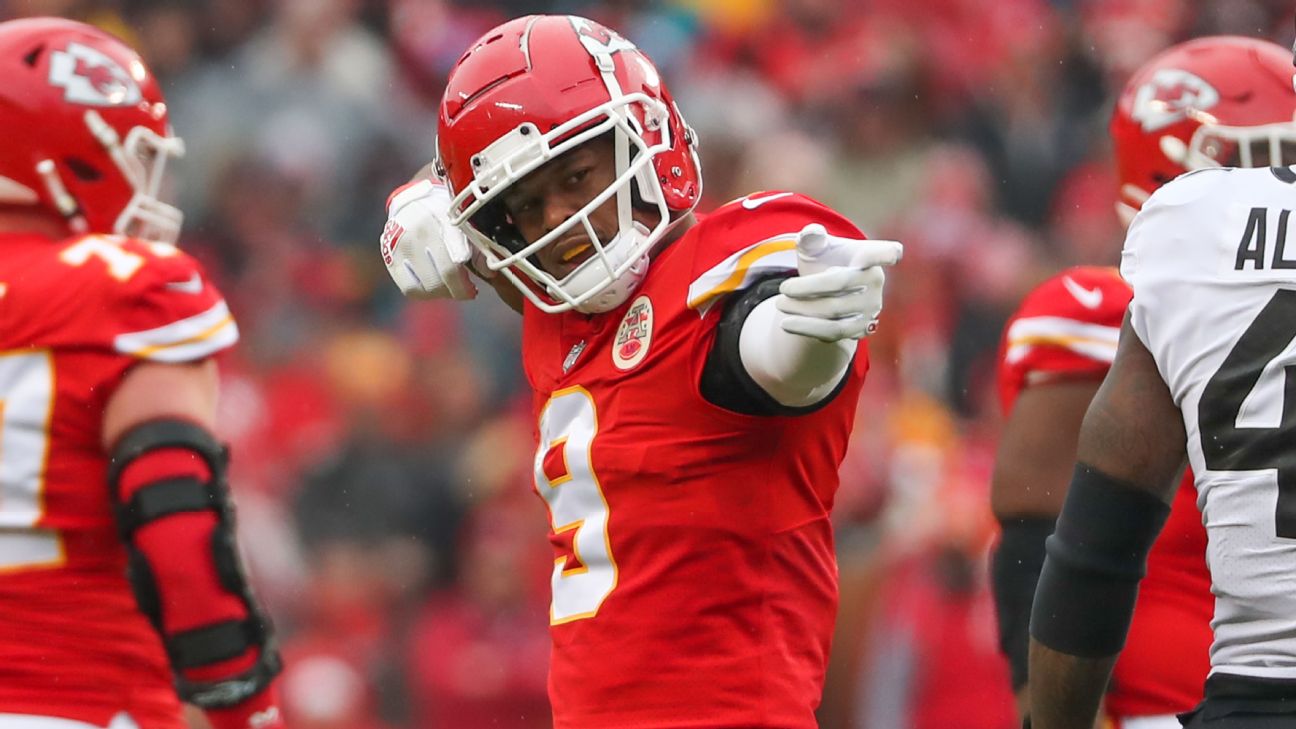 Carolina began backing off its initial first-round ask when nobody was willing to pay that price for a running back who has missed 23 of 33 games the previous two seasons. With that off the table, the Niners and Rams could bid more freely. As Thursday wore on, the Niners finally provided Carolina an acceptable price, and the Rams had reached their maximum bid before bowing out.

McVay and the Rams were on bye but might as well have been playing a division rivalry game against the Niners that week.

"I think the thing that I respect is there's good competitiveness," McVay said. "Sometimes some of the moves are made with No. 1, if it benefits your team, but then it's also not trying to help strengthen others. I think that's just a sound approach. I don't think we were the first people to do that by any stretch. But I think there is a willingness to be aggressive in your pursuit of trying to do what is best for your team and trying to give yourself an opportunity to go do special things year in and year out. Certainly, the Niners are one of those teams that's done that."