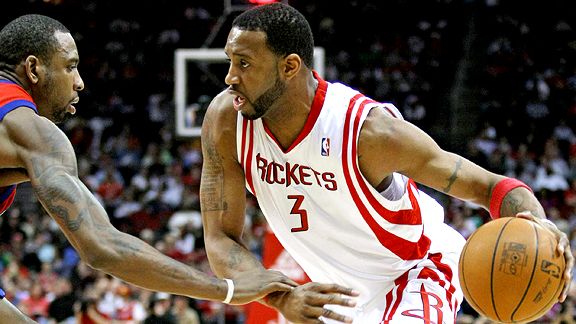 According to ESPN.com's Marc Stein, the Houston Rockets, Sacramento Kings and New York Knicks have agreed to terms that will expand the Houston-Sacramento deal into a three-way trade that lands Tracy McGrady with the Knicks, according to NBA front-office sources. The Knicks will acquire McGrady and Sergio Rodriguez from Sacramento, sources said.

The Rockets get Kevin Martin, Jordan Hill and Jared Jeffries from New York and will have the right to swap first-round picks with New York in 2011 as well take on New York's 2012 first-round pick. And Sacramento gets Houston's Carl Landry and Joey Dorsey and New York's Larry Hughes.