LeBron James announced on ESPN that he will be taking his talents to Florida and join Dwyane Wade and Chris Bosh with the Miami Heat. James, an Ohio native, spent 7 seasons with the Cavaliers after they chose him No. 1 overall in the 2003 NBA Draft. Fans in Cleveland are distraught after last night's decision. As they are in Chicago. And New Jersey. And Los Angeles. And they wore their emotions on the sleeves of the front pages of their morning papers: 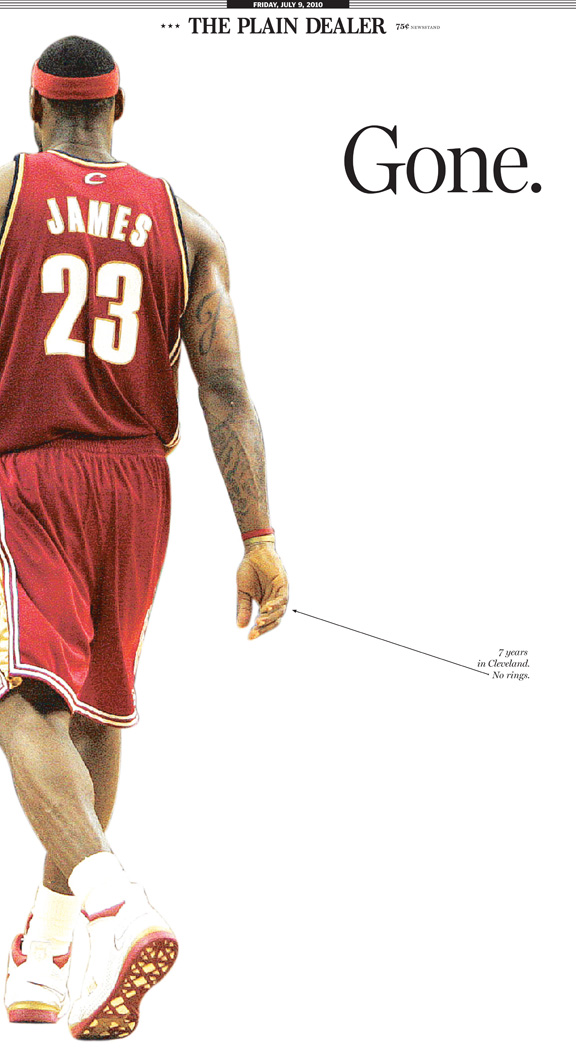 The Cleveland Plain Dealer. (And if you can't read the fine print above, it states, "Gone. 7 years in Cleveland. No rings.") 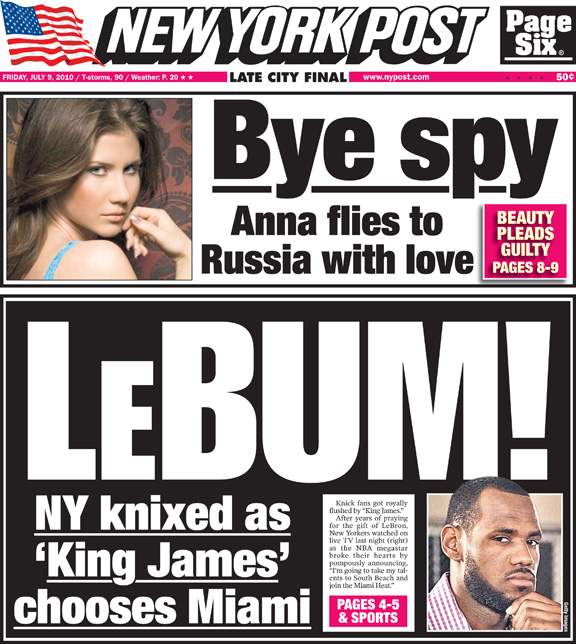 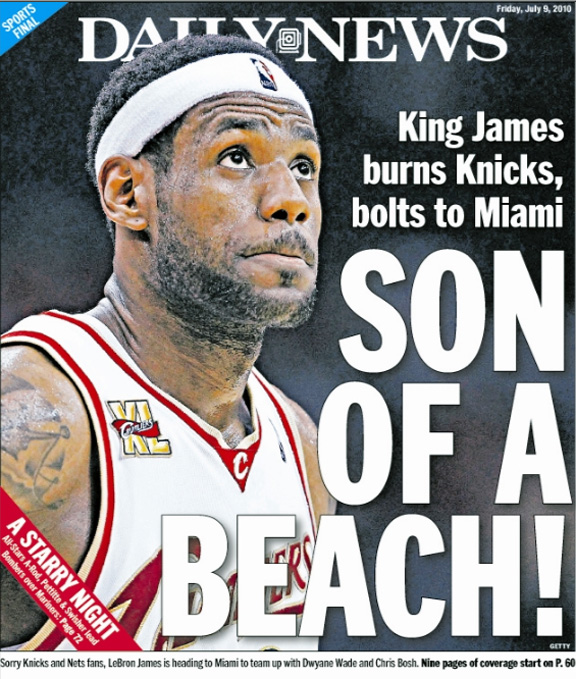 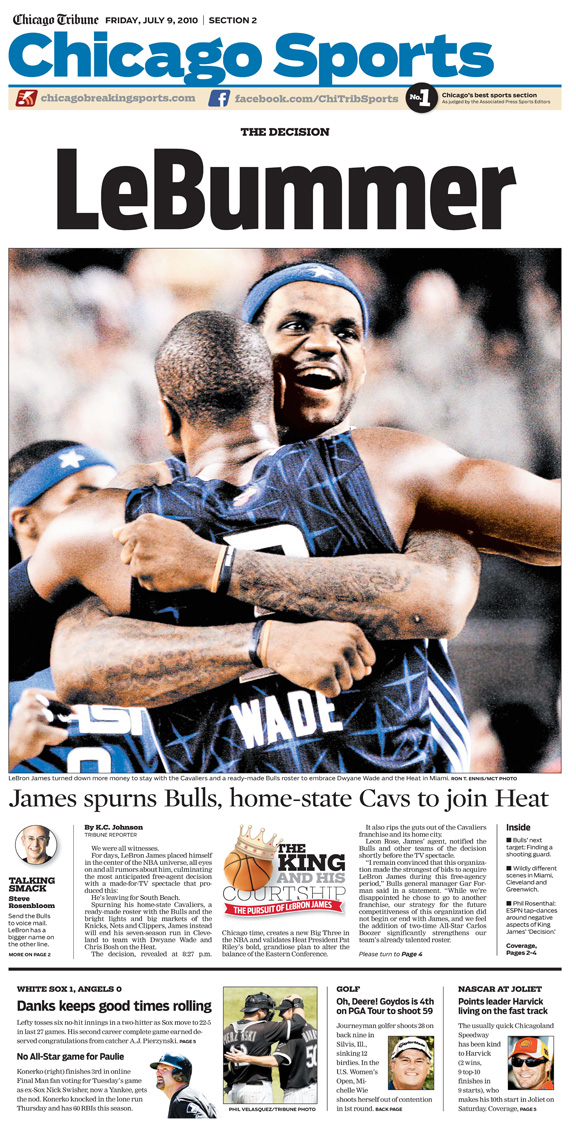 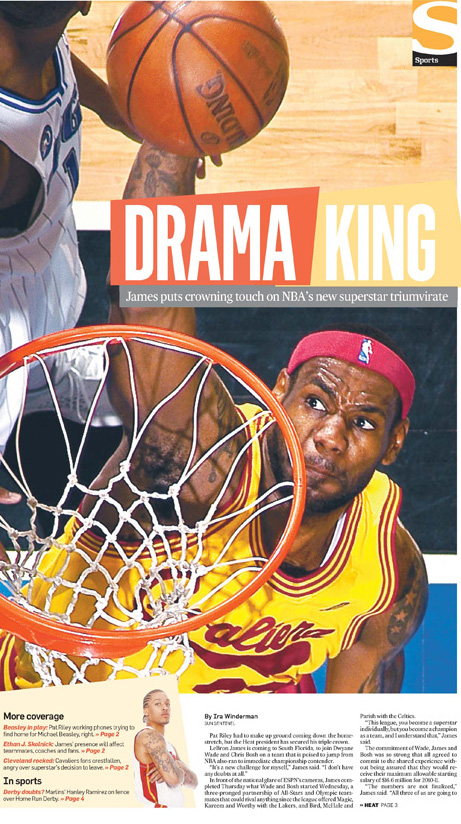 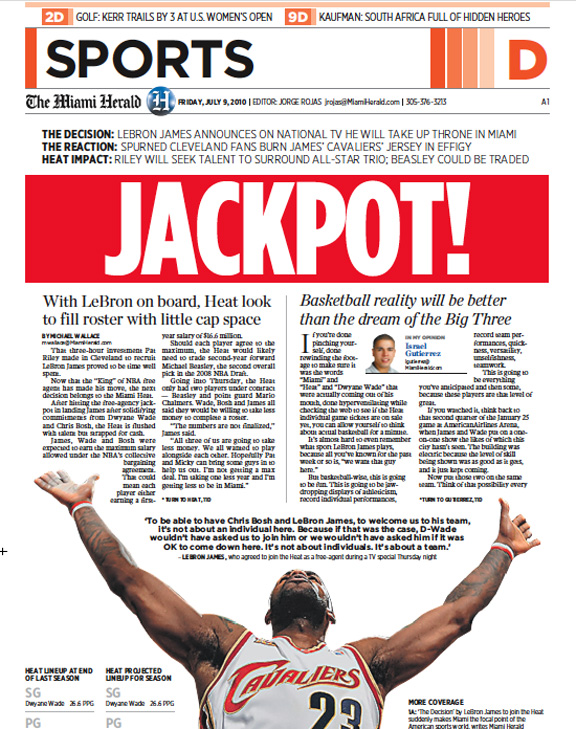