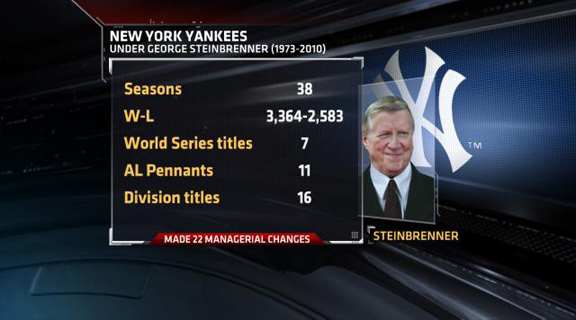 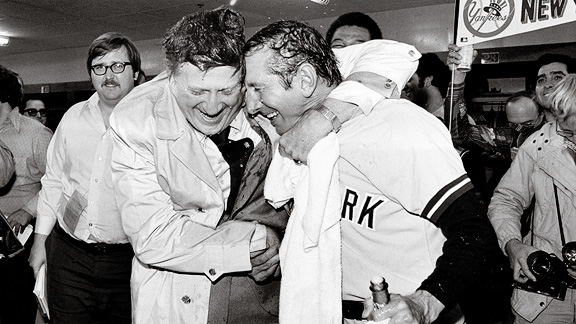 "Winning is the most important thing in my life, after breathing. Breathing first, winning next." - George M. Steinbrenner III

November 27, 1974: Suspended by Commissioner Bowie Kuhn for two years (later reduced to 15 months and reinstated in 1976)

July 30, 1990: Banned from baseball for life by Commissioner Fay Vincent after paid gambler Howie Spira $40,000 to find damaging information on Dave Winfield, who sued him for failing to pay his foundation the $300,000 guaranteed in his contract (reinstated in 1993)

October 2007: Relinquished day-to-day control of Yankees to his sons Hal and Hank Steinbrenner; Hal named chairman of the board of Yankees Global Enterprises