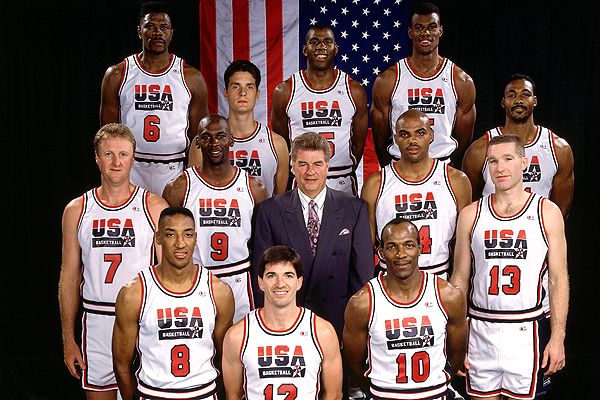 August 8, 1992: The original (and some say only) Dream Team rolled into Barcelona, Spain for the 1992 Summer Olympics with one simple goal: to win the Gold Medal in Men's Basketball. With professional hoop players competing in the Olympics on Team USA for the first time, the Dream Team crushed Croatia in the final to accomplish their goal - and explode the popularity of basketball around the globe.

The Dream Team got off to a nightmarish start in the final, trailing 25-23 after 10 minutes. But then they woke up, stretching out to a 56-42 halftime lead. By the end of the game, seven Dream Team members scored in double figures with Jordan's team-high 22 points leading the way.