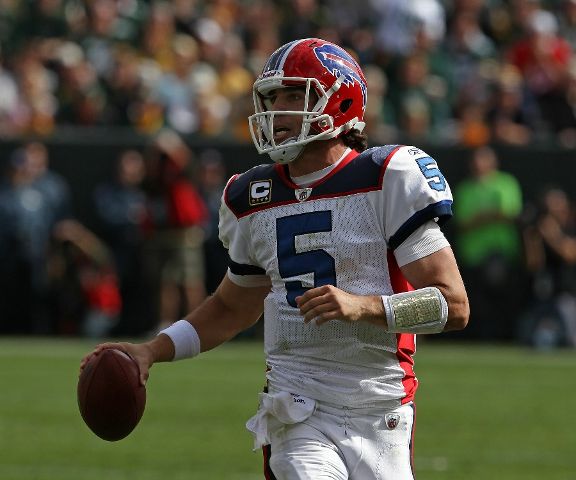 Trent Edwards has found another NFL job. This according to league sources, who told ESPN NFL Insider Adam Schefter that the Jacksonville Jaguars claimed Edwards on waivers Tuesday. The 26-year-old had been the Bills starter coming out of camp, but lost his job Week 1 and was cut by the team yesterday.

2009 Horse of the Year Rachel Alexandra has been retired. The 4-year-old filly won just 2 of 5 races this season, following a sensational year as a 3-year-old, where she won all 8 races entered, including the Preakness. Her owner, Jess Jackson said in a news release Tuesday, "I believe it's time to retire our champion and reward her with a less stressful life. We are delighted that she will retire healthy and happy to our beautiful farm in Kentucky."

The NFL is investigating a confrontation between Green Bay Packers safety Nick Collins and a fan following the team's loss to the Chicago Bears Monday night at Soldier Field. Milwaukee's WITI-TV aired video of Collins yelling at a fan as he left the field. Collins then appears to throw his mouthpiece into the stands. According to the station's report, Collins said the fan spit on him and used a racial slur. NFL spokesman Greg Aiello told The Associated Press the league is "in the process of reviewing all the facts" and Bears spokesman Scott Hagel said they are doing the same thing.