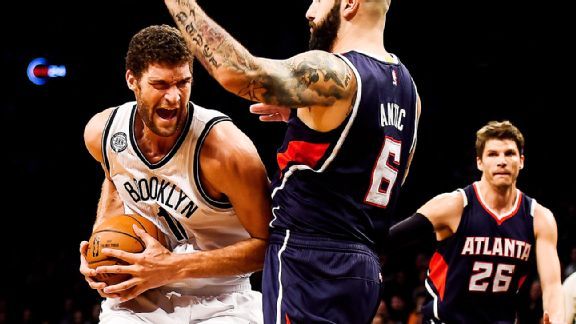 Brook Lopez and the Nets take on Kyle Korver and the Hawks tonight (8 ET, ESPN).

The 4-Point Play looks at the four analytics-based storylines that will make you smarter when watching Wednesday’s game between the Brooklyn Nets (22nd in BPI) and the Atlanta Hawks (10th in BPI). Our BPI gives the Hawks a 70 percent chance of winning: